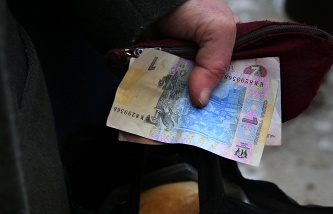 BEIJING, December 17. Recognition by the IMF of the debt of Ukraine to Russia official changes nothing for the Russian side, told reporters Deputy Finance Minister Sergei Storchak.

“For us, it does not change the situation. This changes the situation, unless of course they want, for the authorities of Ukraine”, – he said.

Peskov: Ukraine will be the default if the debt to Russia will not be repaid

In early December, the Finance Ministry has received an official refusal from the U.S. government to provide guarantees for the obligations of Ukraine. On 9 December Vladimir Putin has instructed the Finance Ministry to sue Ukraine for non-payment of the debt on the bonds.