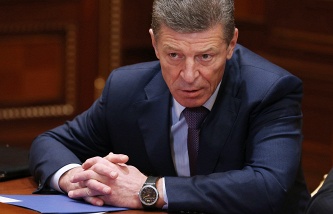 MOSCOW, December 21. The Federal center must continue to consider the Crimea, despite the imminent end of the transition period. This opinion was expressed on Monday, the Senator from Crimea Sergey Tsekov.

The Senator believes that it is still too soon since the reunification of the Peninsula with Russia, that Crimean authorities were able to meet the requirements of centre in full.

According to him, Crimeans is “painful to hear” that the Crimea is no different from other regions of the Russian Federation. “Certainly, we are in the same region, but we have a very large particularly in the current situation,” he said. Tsekov believes that insufficient time had passed to fully adapt the Peninsula to the Russian reality. “Although the transition period has ended for the year, we did not have time to integrate into the Russian Federation and the system of development of budgetary funds, which come from Russia, it is new for us”, he added.

This Senator explained the differences between the Federal government and the Crimean authorities concerning the funding of the program for the development of the region. “We understand that money is not allocated, in Russia believe that the money allocated,” – said Tsekov and offered to take this discussion as “working”.

The Senator believes that the Federal center should help the Crimea, especially in matters of budget funding, although the transition period ends. “We want us in this matter very seriously helped,” he said. “To take on us, when a lot is created from scratch, it’s wrong, we still need very serious help, and strong support,” – said the Senator. However, he believes that the formal extension of the transition period for Crimea is not necessary. 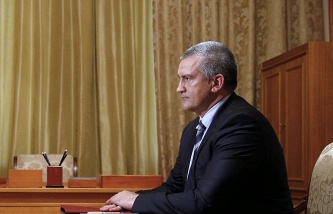 According to a source, 18 September 2015 with the Republic of Crimea and Sevastopol have signed agreements, and Federal funds listed 2,77 billion rubles for the design and construction of 139 objects. However, “at the moment of the notified subsidies by the authorities of these regions, contracts are only 308 million rubles”.