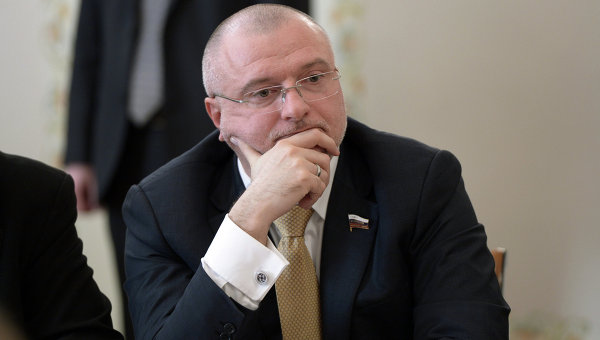 The opinion of the author

“The fact that the process is sufficiently clear and precise, and the constitutional court should be the authority, bound to consider requests from the government and the President regarding the possibility, or impossibility, of enforcement of the decisions of interstate bodies,” — said the MP.

The COP, by its decision of 14 July ruled that will solve the issue of execution of judgments of the European court of human rights in each case individually and decisions of the ECHR are enforceable only with regard to the recognition of the supremacy of the Constitution.

“The Supreme court of the United Kingdom, for example, clearly said that he does not consider itself bound by these decisions. This situation arises from the fact that the European Convention as such, since the signature has undergone very significant changes as a result of the interpretation, which gives the European court of human rights”, — said Klishas.

The Russian Senator also drew attention to the famous case “Anchugov Gladkov V. Russia”, the ECHR considered and associated with the right of citizens containing in places of imprisonment by sentence of the court, to participate in the election of bodies of state power.

“The European court decided in the case “Anchugov and Gladkov V. Russia”, where he said that persons who are in imprisonment places on a court sentence, i.e., condemned for criminal offences, cannot vote,” said Klishas. He noted that “this provision of the Russian Constitution, but the European court in its decision in this case has said that the Russian Federation should provide them this opportunity to vote”.

“In this case what should Russia do? These provisions do not directly follow from the European Convention. The ECtHR held that in this case the violation of the right to free elections. If you look at the legislation of European countries, among them at least 15 States have exactly the same restrictions,” explained the Senator.

The MP also recalled that “the Case “Hirst vs. the United Kingdom” also applies to this question: the UK is not going to do it, because has its own legal tradition.

Answering the question, what needs to be done to fulfill the decision, the Senator said that “the government would have to take and submit the relevant amendment to the legislation, but if such a bill will go to the State Duma, it will be immediately rejected, because it directly contradicts the Constitution”.