As a result of the tragic incidents in Egypt and Turkey took the lives of innocent Russian citizens and the Russian pilot, the people of India in this difficult time standing with Russia, said Prime Minister Narendra modi. 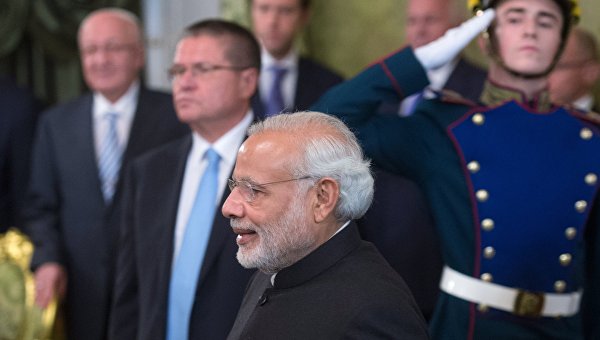 MOSCOW, 24 Dec. The Prime Minister of India Narendra modi at a meeting with Russian President Vladimir Putin expressed his condolences in connection with plane crash A321 in Egypt and the su-24 shot down Turkish air force.

“I want to Express my condolences in connection with the incidents that have recently occurred in Egypt and Turkey, killing innocent Russian citizens and the Russian pilot”, — he said at a meeting with Putin.

“It was a great tragedy and the entire people of India in this difficult time should get together with Russia”, — he added.

The largest disaster in the history of Russian and Soviet aviation took place on 31 October: Airbus A321 airline “Kogalymavia”, which was flying from Sharm El Sheikh to St Petersburg, crashed in the Sinai. Onboard there were 217 passengers and seven crew members, most of them Russians. They all died. The head of FSB Alexander Bortnikov said that the accident occurred as a result of the attack.

Turkish F-16 on November 24 was shot down in Syria, the Russian bomber su-24. The Russian President Vladimir Putin called it a “stab in the back” by the accomplices of terrorists.