MOSCOW, December 25. Participants of preliminary voting “United Russia” on selection of candidates for the Duma elections (primaries) may be nominated by them in order of nomination. This decision was made today, the working group of the party involved in the preparation of project on conduction of primaries.

Initially it was assumed that eligible nominators include social organization. However, at the suggestion of some of the regional offices it was decided to restrict the mechanism to only self-nomination, this form as the sole working group will recommend for approval to the party Congress, forthcoming in February. “It creates equal conditions: the man himself advances, and then looks for support in a particular public organization”, – said the Secretary of General Council of “United Russia” Sergei Neverov, who heads the group.

As recalled at the meeting of the working group Secretary of the General Council of United Russia Sergei Neverov, the draft of the conduct of the primaries was adopted at a joint meeting of the Higher and General party councils on 15 October, after which the document was sent to regional offices for comments and suggestions. The collection ends on December 25, to this date, according to Neverov, received more than 350 proposals from the regions. “I discussed (the project) in different areas – with heads of Executive committees, deputies of the state Duma, the leaders of factions in the legislative Assembly”, – he said.

How to conduct the primaries

The procedure of conducting primaries must be approved at the first stage of the party Congress of United Russia, scheduled for early February. Early voting will affect all elections simultaneously with the elections to the state Duma in 2016.
The primaries will be held on 22 may at the territory of Russia, they will be secret and rating. This means that each voter can vote for one candidate, but for multiple in each list. The party leadership hopes that this will help to identify opinion leaders for participation in later elections. 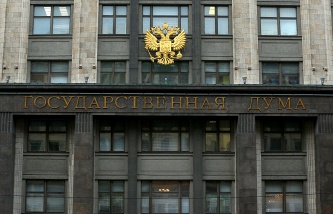 For primaries it is planned to open about 20 thousand polling stations across the country, their addresses will be promulgated until March 15.

As explained Neverov, to Finance the lease of land in the country, the party will be from the Federal portion of its budget, on Federal leadership takes the remuneration of members of the commissions who will work on your day off, may 22.

In March-April, candidates will meet with voters and other campaign events. For non-participation in the debates Challenger “will be removed from the list” for the primaries, said Neverov.

To prepare for the primaries, the party launched the project “the Candidate”, which currently has registered more than 3, 5 thousand people, with thousands more already confirmed their participation in the primaries.

According to the project on holding primaries, citizens who wish to participate, will be required to meet certain requirements. In particular, they must be clean before the law (they should not even be extinguished criminal records), candidates have no right to possess foreign citizenship or residence permit abroad, and have assets abroad.

In addition, when participating in primaries for elections to the state Duma the candidate must assume the obligation – in case of consideration on the results of the primaries his candidacy for inclusion in the list of party – “to give his consent to the nomination … and not to give such consent, other political parties and to stand as a candidate in order of nomination”.