SIMFEROPOL, December 29. The head of the Crimea Sergey Aksenov has accepted the resignation of the Minister of Finance of the Republic Vladimir Lewandowski. The corresponding decree published on the government portal. 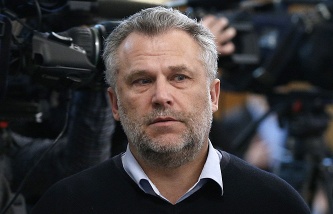 Yesterday during a press conference at the end of the year Aksyonov announced personnel shifts in the Crimean government. According to him, some officials are checking and “information is transferred in law enforcement bodies”.