MOSCOW, December 31. The last two statements of the Turkish authorities that the Military space forces of the Russian Federation allegedly attacked civilian targets and civilians in Syria are not true. This is stated in the commentary on the website of the Russian foreign Ministry. 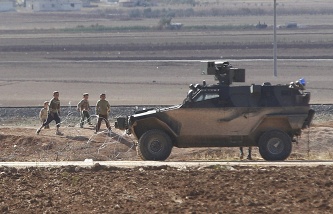 The permanent representative of Syria to the UN: the Turkish army provided direct support to terrorists

“Ankara’s desire to promote the anti-campaign under consideration as an obvious reaction to the exposure of our country to the involvement of Turkey’s illegal activity in Northern Syria, including aiding the smuggling of oil controlled by ISIS (the former name of the grouping “Islamic state”, banned in Russia) deposits and providing various assistance to existing extremist and terrorist groups”, – the document says.

Russian diplomats stress that this “populist maneuver will not be able to divert the world’s attention from destructive line of Turkey in Syria”. 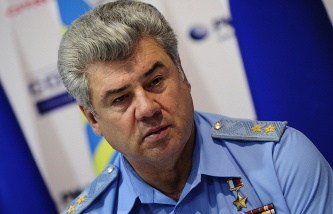 VC commander-in-chief of the Russian Federation: the Russian aircraft never attacked in Syria as civilian objects

On Sunday, Prime Minister Ahmet Davutoglu that “with the arrival of Russia (in Syria) significantly increased the number of civilian casualties”.

“In recent weeks the number was over 600 people, and it is growing every day. And not only are we talking about this. This report and the international organization for the protection of human rights. We want the whole world to know that 150 victims of that number are children,” said he.