SOCHI, January 11. The President of Russia Vladimir Putin stated that still feels young, and his attitude to international issues over the years has not changed. 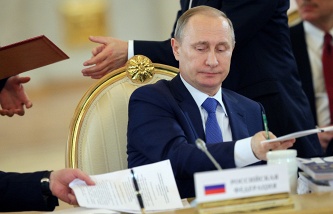 In an interview with German newspaper Bild, the Russian leader has denied the assumption of journalists that after 2007 it was changed from a “young Putin”, who was friends with the German Chancellor Gerhard Schroeder, expressed solidarity with the US and opposed confrontation with Europe.

“I never changed”, – said the President of the Russian Federation. “I feel young today. I was a friend of Schroeder, and I remain friends with Schroeder. Nothing has changed,” Putin said.

According to the head of the state has not changed its attitude “towards issues such as the fight against terrorism”. Putin recalled that after the terrorist attacks of September 11, 2001, he was the first who called and expressed their solidarity to U.S. President George W. Bush. “And we were ready to do everything in order to fight terrorism. Now, when the terrorist attacks in Paris, I also talked, and then met with the French President,” the President said.

“We have common threats we both wanted, and want, are eager to join efforts of all countries in the world and in Europe and in the world generally, to counter these threats,” – said the Russian leader, explaining that it is not only about terrorism but also about crime, human trafficking, the fight for the preservation of the environment and about other General issues. 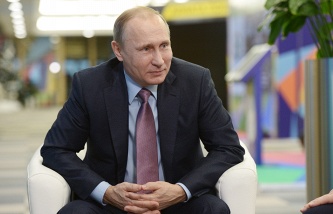 “But that doesn’t mean that we all have to agree on these or other issues. And our position is if someone does not like, it is not the best method every time you declare us enemies”, – said Putin. “It may be better to listen sometimes, to critically rethink, what to agree and look for common solutions?” – concluded the Russian leader, Recalling that he spoke about it on the anniversary of the UN General Assembly last September.

Putin also has noticed that if in the first half of 2000-ies, the world leaders listened to him and French President Jacques Chirac and German Chancellor Gerhard Schroeder (who, in particular, against the invasion of Iraq – ed.), “maybe there would be today’s terrorist attacks in Paris, because there would be this surge of terrorism in Iraq, Libya and other countries in the Middle East.”