The Russian President noted that anti-Russian propaganda in the media did not affect the mutual sympathy of the two peoples. 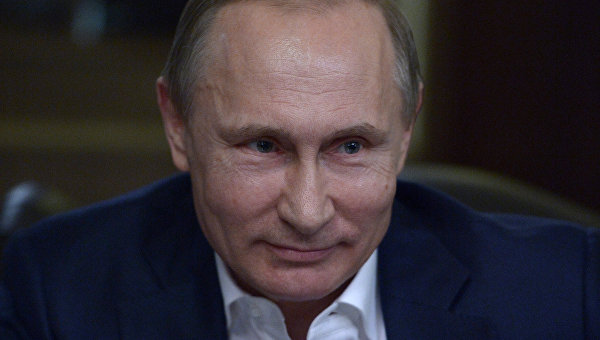 MOSCOW, 11 Jan. The President of Russia Vladimir Putin said that relations between Russia and Germany could not spoil, despite the attempts that were made through the media and anti-Russian propaganda.

“Mutual sympathy of the two peoples is the most important thing, that underlies our relations,” Putin said in an interview with German newspaper Bild. To the question, has anything changed in this matter, Putin replied: “I Think not”.

“Despite attempts to your attempts, attempts of your colleagues ‒ to spoil our relations with the media and anti-Russian propaganda, I think, still it could not do so as you would like. Not your personally of course. I mean the media General, including in Germany. Germany has a very strong foreign influence on the media, especially from overseas,” he said.

Speaking about Russian-German relations, the President noted that in 2005 they reached a very high level, the turnover has increased to 80 billion dollars. He added that thanks to the cooperation of the two countries have produced a large number of jobs in Germany, German entrepreneurs went into business in the Russian Federation, created thousands of businesses, was a joint work on preventing adverse developments in the middle East, in Iraq.

As for today’s relations, according to Putin, the trade turnover has dropped about 50% from 83 to 85 billion dollars.

“However, still, our relationship continues, we meet regularly with Federal Chancellor at various events, I think, seven times in the past year met 20 times I talked to her on the phone. We conducted a cross-years, literature and German language and Russian language in Germany and in Russia. This year we plan to hold the year of youth exchanges ‒ that is, the relationship is still evolving, thank God. I hope that will continue to evolve. We will overcome those difficulties today faced,” said Putin.