The annual message of U.S. President Barack Obama to Congress contains a lot of loud statements and common phrases, which costs nothing, believes the first Deputy head of the defense Committee of the Federation Council of Russia Franz Klintsevich. 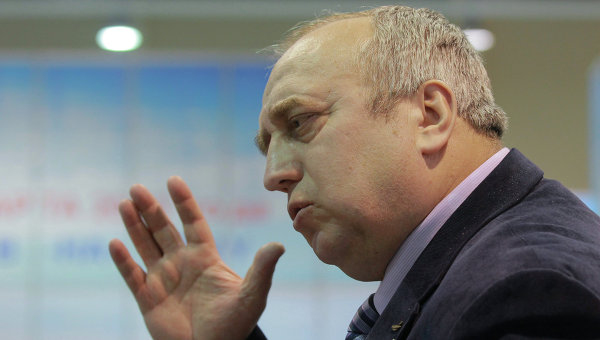 MOSCOW, 13 Jan. The US is not fighting terrorists, because they “do not threaten” the existence of America, said Wednesday the first Deputy head of the defense Committee of the Federation Council Frants Klintsevich, commenting on the speech of the American President in front of Congress.

Barack Obama last acted as President to the U.S. Congress. In his speech, the U.S. leader called the US “the most powerful nation on Earth” and noted that on any important international issue, the people of the world are watching in search of the leader is not in Beijing or Moscow, but on Washington.

“The annual message of U.S. President Barack Obama to Congress to be read very selectively. The mass of loud statements, common phrases, which costs nothing. How, for example, is the rhetoric of the President, calling terrorists “murderers and fanatics who need to corner, to eradicate and destroy”, with the real actions of the USA in Syria? Nothing to do,” said the Klintsevich.

However, sometimes you come across some passages that it is impossible not to pay attention, he added. So, the idea that militants and sympathisers must be stopped, accompanied by the caveat that the terrorists do not threaten the United States.

“This clause explains why they only imitate the fight against “Islamic state”. Nothing new. For US it was always their problem, to which the fight against terrorism, obviously, does not apply… and to pull the chestnuts out of the fire, they still prefer someone else’s hands. “What needs to happen so that is finally realized and in Europe”, — said the Klintsevich.