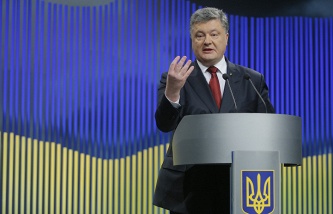 SIMFEROPOL, January 15. The head of the Crimea Sergey Aksenov believes that the President of Ukraine Petro Poroshenko in his recent speech reiterated his support for terrorists. So Aksenov commented on Poroshenko’s statement about his relationship with the activists of the so-called blockade of the Crimea.

“The fact that official Kyiv coordinates and supports the actions of extremists, staged a blockade of the Crimea, it was obvious from the beginning. Petro Poroshenko during a recent press conference, admitted it publicly. The President of a neighbouring country called them (the activists of the Ukrainian blockade of Crimea – ed.) the actions of the “important work”, that is, signed in the support of terrorists”, – quotes the head of the Crimea press service.

Aksenov believes that such “games in Basmachi” on the border with Crimea is dangerous, especially for residents of the Kherson area of Ukraine. “In words performers “important work” block the Peninsula with the land and sea and has already divided the post in authorities of the Crimea Ukrainian non-existent. In fact terrorize and intimidate the local population. Thus, while they Rob the locals, we supply gas in Genichesk”, he said.

The head of the Crimea reminded that earlier Poroshenko has held a meeting with journalists, where he said he does not welcome the undermining of transmission towers in the Kherson region of Ukraine. However, he admitted that he met with organizers of the blockade of the Peninsula “is not only to support but also to coordinate actions”. 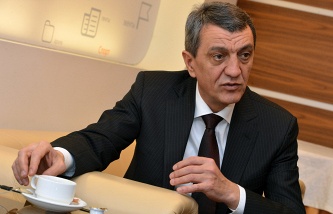 The Governor of Sevastopol: all the plans Poroshenko ends at the gate on the Chongar

The so-called food blockade of the Crimea began on 20 September 2015 the deputies of the Verkhovna Rada of Ukraine Mustafa Dzhemilev and Refat Chubarov, as well as former Deputy Prime Minister of Crimea, the owner of the TV channel ATR Lenur islyamov. Activists of the unregistered in Russia Majlis, joined by fighters of the banned in Russia “Right sector” blocked the entry of trucks with goods from Ukraine in Crimea. On 16 December the government of Ukraine has legalized the commercial blockade of the Crimea.

November 22, 2015 for blowing up power lines in the Kherson region were fully discontinued the supply of electricity from Ukraine in Crimea. On the Peninsula was introduced a state of emergency associated with the deficit. To save in the Crimea and Sevastopol began to use rolling blackouts of consumers. On the Peninsula upon the sudden cessation of energy supply investigating a criminal case under article “Diversion”. The Prosecutor of the Crimea Natalia Polonskaya stated that the damage from the blackout has already exceeded 360 million roubles, and this figure could rise.