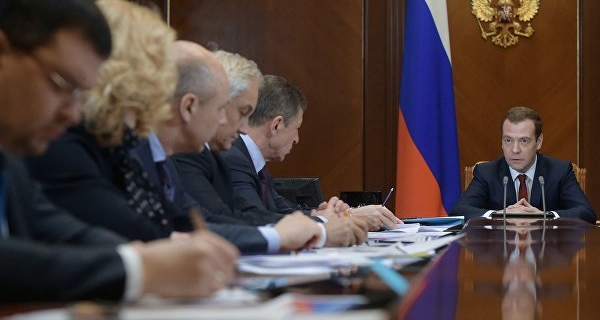 Russian Prime Minister believes that the country needs to create a single, internally consistent system of management of tax revenues, which will be a single fiscal channel. 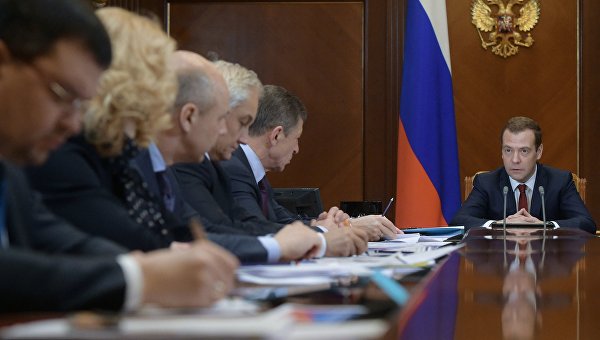 SLIDES 18 Jan. Prime Minister Dmitry Medvedev hopes that the new system of collection of tax and non-tax payments will bring order to replenish the revenue side of the budget.

“On the revenue side (budget), as you know, the President supported our proposal to establish within the Ministry of Finance unified mechanism for the administration of tax and non-tax payments. Now is responsible for everything Anton Germanovich Siluanov,” — said Medvedev, speaking at a meeting on Federal budget for 2016.

Russian President Vladimir Putin last week signed a decree according to which Rosalkogolregulirovanie and the Federal customs service, previously subordinate directly to the government, transferred to the jurisdiction of the Ministry of Finance.

In addition, Friday’s meeting with the President has informed that has prepared a draft decree, according to which the Federal tax service (is under the jurisdiction of the Ministry of Finance, responsible for administering tax payments), becomes responsible for a single mechanism of administration of taxes, customs duties and insurance contributions to state extra-budgetary funds.

Medvedev stressed that the budget has a very significant losses from non-transparent schemes, which are used by taxpayers to avoid paying taxes. “The new system to be used on universal principles, should be based on the most modern information technologies. I hope she will bring order (in this area),” he said.

According to the Prime Minister, the country needs to create a single, internally consistent system of management of tax revenues, which will be a single fiscal channel. “The work to be great. I would like to ask Mr Siluanov to give all the necessary instructions, I have already that the government gave them, to concentrate on that as quickly as possible to transfer the relevant powers”, — said Medvedev.