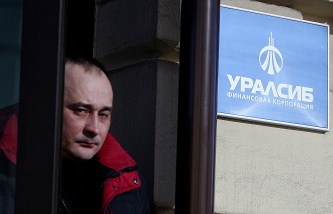 MOSCOW, 19 January, the International rating Agency Fitch downgraded long-term Issuer default rating of Novikombank to ‘B -‘ from ‘B’. The Outlook on the rating of the credit institution placed under revision to “negative”, is spoken in the message of Agency.

“The downgrade reflects the significant increase of the quality of assets and lack of adequate financial support from majority shareholder – “Rostec,” say analysts at Fitch.

Earlier it became known that the CBR checks the Bank, but the “Rostekh” has denied a possible sanation of the credit institution.

The Bank is the anchor Bank Corporation, serves businesses from the defence, engineering, automotive, and hi-tech technology. As of 1 October 2015, its assets amounted to 289,8 billion rubles, own funds – 41 billion. The Bank’s loan portfolio on October 1, 2015 exceeds 153 billion, with more than 98% are corporate loans.