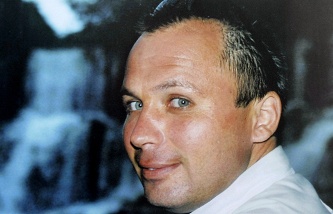 MOSCOW, January 26. The head of the Federation Council Committee on constitutional legislation and state construction Andrey Klishas believes that the U.S. government would comply with the requirements of international legislation in the sphere of the rules of detention against Russian pilot Konstantin Yaroshenko, who is serving in the U.S. long imprisonment.

The Senator recalled that Yaroshenko was conducted by the medical operation, “with employees of the medical organizations of the city Trenton of the state new Jersey was allowed a number of violations of international acts, which are required to observe, including the United States.”

Klishas drew attention to a number of documents adopted by the UN resolutions, “which contain the fundamental principles of respect for human rights at the international level in terms of medical care of prisoners”. Among them – “the Principles of medical ethics relevant to role of health workers, especially doctors, in protecting prisoners or detainees from torture and other cruel, inhuman or degrading treatment or punishment” (resolution 37/194 Adopted by the General Assembly of 18 December 1982), under which health workers are obliged to provide prisoners with treatment of diseases “of the same quality and level, which is afforded to those who are not imprisoned or detained”.

“I’d like to hope that our American colleagues are projecting the current political situation in relations between our two countries to life and health, because for them the rights and freedoms are “above all”, – concluded the Senator.

The Russian Konstantin Yaroshenko was sentenced by a U.S. court in 2011 to 20 years of imprisonment, due to the fact that agents of the Federal administration on struggle against drugs of the USA in Liberia allegedly caught him in criminal intent on the transportation of large quantities of cocaine.

Last Thursday, Yaroshenko underwent surgery, but good post-operative care he received was not. According to the lawyer Alexei Tarasov, when the patient came out of anesthesia in a medical facility, he was allowed to stay only 20 minutes, and then again returned to the camera. While the Russians did not even placed in a prison hospital and provided him with prescription drugs. “At night he felt a wild pain, as he says, a painful shock,” said Tarasov, adding that his client could not even walk.