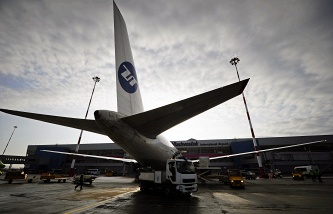 EKATERINBURG, February 1. The company “Pallada” managing pension savings and reserves of a number of NPF that filed with the Arbitration court of Khanty-Mansi Autonomous Okrug – Yugra (KHMAO) the lawsuit for bankruptcy of UTair airline, told TASS a press-the court Secretary Tatyana Litvinova.

Khanty-Mansiysk became the owner of 38,8% of the shares of UTair Tyumen region has bought an 8.4% stake

“The lawsuit was filed in connection with an outstanding 134 and 39 million rubles”, – she said.

The application is still pending.

The court is considering the lawsuit is also the same company on bankruptcy of a subsidiary, UTair – “UTair-Finance”.

The case of the bankruptcy of the company

UTair caught up with the end of 2014 in a difficult financial situation during the crisis in the industry during the year were not only able to negotiate with major creditor banks on debt restructuring and to avoid bankruptcy. The case of the bankruptcy of the airline was terminated in November 2015, after the last of the creditors – “Tatfondbank” withdrew the statement in connection with the extrajudicial settlement of the dispute. Others who wish to bankrupt the airline then was not. 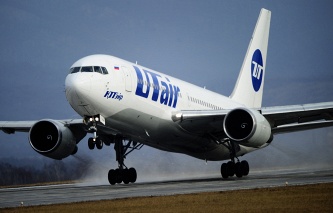 UTair leaves the zone of turbulence

The first claims for the recognition of UTair bankrupt began to come to the court in December 2014. The case began with the claim of the Perm company “aircraft leasing” because of a debt of 3,55 million rubles. In January 2015 in the bankruptcy case entered the airline “Royal Flight” because of the debt of 1.5 million rubles, but then lost the right to claim the debt of the company “Finasta”, and she, in turn, the company “Capital trust”. During the year the case entered several creditors. The largest of these was the “Alfa-Bank”, but in may the credit institution has withdrawn lawsuits filed. The company agreed to debt restructuring.

Earlier it was reported that UTair has completed the refinancing of its debt portfolio. The deal is structured in two syndicated loans with a total volume of 42.6 billion rubles and two bond issues of a total nominal volume of about 13.3 billion rubles. maturing in 7 and 12 years. Loans with maturities of 7 and 12 are secured by guarantees from companies “UTair-Helicopter services” and “UTair-Leasing”, as well as a single pool of collateral assets companies of UTair group. Seven-year syndicated loan secured with a guarantee from the Russian government 50% of the loan amount.

Earlier, the government approved state guarantees for UTair at $ 9 billion 463 million rubles in loan to 18.9 billion rubles At the end of June debt UTair under RAS amounted to RUR 86.3 billion (excluding bonds for 14.5 billion roubles). In the first half of 2015, the airline incurred a loss in the amount of 3.5 billion rubles against a profit of 5.47 million RUB a year earlier.