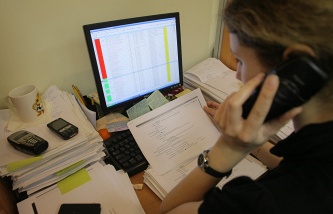 MOSCOW, 4 February. The bill improves the conditions of the Crimeans return loans to Ukrainian banks, adopted by the state Duma and the Federation Council approved a half-two months. About it reported in a press-service of Council of Federation on the basis of the previous in Crimea parliamentary hearings related to the repayment of the credit debt of the Crimean people in front of banks of Ukraine.

Earlier, a group of senators introduced a bill clarifying the rules on the payment of the Crimeans debts to Ukrainian banks and limiting the work of collectors in the region. It establishes the possibility of settlement of debts of the borrower directly by contacting a Fund for the protection of depositors, and also the mechanism of carrying out such a settlement.

The senators also propose to expand the Fund’s ability to restructure the debt of the borrower. Provides that “along with providing the installment, it can take the decision on granting to the borrower of deferred payment” is specified in the explanatory note. “If the Fund is approved, debt restructuring is carried out for a period not exceeding twenty-four months”, – reads the draft law.

In addition, under the bill, the Fund shall publish on its official website the list of persons who are entitled to claim for the repayment of the debt. It also defines the list of documents which are required to present a physical person, “authorized to communicate with the borrower on behalf of the persons entitled to demand payment of arrears.”

According to the Chairman of the Federation Council Committee on budget and financial markets Sergey Ryabukhin, the senators intend to develop and submit to the state Duma two amendments to the legislation based on the proposals made during the parliamentary hearings in the state Council of the Crimea. “The idea is to protect the Crimeans from seizure of property for debts of Ukrainian banks. Second, the differentiated approach to debt collection depending on the income per person in the family, so as not to shock the family budget of the borrower”, – he explained.

“I think within ten days we will prepare the text and submit it to the State Duma”, – said the Senator.