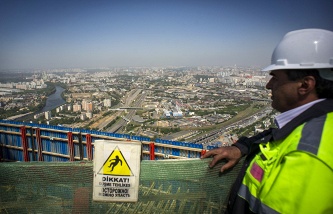 MUNICH, February 13. The list of Russian-Turkish contracts that do not fall under the sanctions, submitted to the government. This was stated by Deputy Minister of economic development of Russia Alexei Likhachev.

Media: the Federal government can allow the Turkish part of developers to continue work in Russia

According to him, in the list of hundreds of companies, including the application of the savings Bank.

“They’re in the government, in my opinion, already”, he said. Likhachev noticed that we are talking about hundreds of contracts. Among the largest he called the contracts of the savings Bank.

“Requests have been hundreds, let alone what the government decides,” said Likhachev.

Russia may lower some import duties on agricultural products that are not produced by Russian companies, also noted Likhachev.

“Iran has asked us, we have a number of duties, probably, will reduce, but not to Iran, actually”, he said.

“The economic development Ministry has prepared proposals, endorsed the sub-Commission on customs-tariff regulation concerning the reduction of customs duties on some agricultural products that are under-or not represented at all Russian producers,” he said.

The decline in turnover

According to Likhachev, the trade turnover of the Russian Federation in 2015 fell in dollar terms by 39.2%. 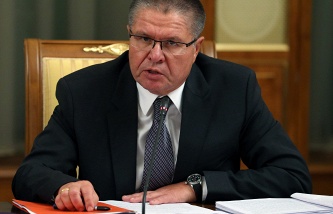 Ulyukayev: Russia may reduce or cancel import duties on agricultural products from Iran

“But in the physical volumes we have – plus 4.9% for export, and with the EU countries plus 6%,” – said the Deputy Minister.

The export from Russia in 2015 decreased by 30.8% in us dollar terms, in physical terms increased by 4.9%, noted Likhachev.