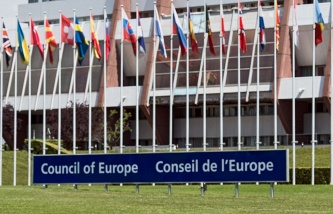 MOSCOW, February 26. /Corr. Sergey Izotov/. Russia paid about one-third of its annual contribution to the Council of Europe. The journalists said the Chairman of the Federation Council Valentina Matvienko.

“Now paid about one third, about €10 million, Two-thirds still delayed,” she said, answering the question.

20 years of Russia’s membership in the Council of Europe: outcomes, controversies, the fate of the contributions to the budget of the COE

In January 2016 the Russian Federation refused to apply for the confirmation of the Commission in 2016, and state Duma speaker Sergei Naryshkin said that Moscow will transfer at the end of February, the third annual contribution to the Council of Europe. The COE budget for 2016-2017 was endorsed by the Committee of Ministers at the meeting on 25 November 2015. For the current year total contributions was approved in the amount of about €260 million, of which Russia accounts for about 10% of this amount.

In turn, Deputy foreign Minister Alexei Meshkov assured that the possible reduction of contributions of Russia to the Council of Europe in connection with the limitation of powers of the Russian delegation in PACE will not affect the budget of the organization.