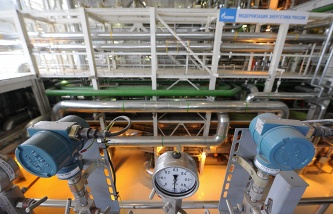 Fortum has blocked the sale of “Heating” the authorities of St. Petersburg

“We ask you to assist in the transfer of OJSC “heating grid of St. Petersburg” under the control of the city in order to ensure the required reconstruction and major repair of heat supply sector”, – said colleagues the initiator of the appeal the Deputy Sergey Nikeshin. In it, the deputies noted that as of January 2016, the share of heating networks in operation for over 25 years is 24% of the total number of heating systems in the city. With the company of such networks – 44% of all balances.

“The annual level of funding required for emergency heating company, is at least 4 billion a year. TGC-1 is the main shareholder of “Heating” has repeatedly stated about the impossibility of such annual investments in the reconstruction and overhaul”, – said Nikishin.

Currently investment program of JSC “TEPLOSET” for 2016 announced at the level of 3.5 billion rubles. In Smolny the issue of possible repayment of debts of the state before zhilkomservisa resource-supplying organizations, in particular, the structures of “Gazprom”.

As previously reported with reference to Vice-Governor Igor has been relaxed, the authorities of St. Petersburg is still analyzing the proposal of “Gazprom energoholding” about buying the city’s shares in OJSC “TEPLOSET of Saint Petersburg”.

LLC “Gazprom energoholding” promised before the end of October 2015 to submit to the government of St. Petersburg the vision to resolve the situation with the shares of “Heating”. “We can offer the city as the purchase of shares and exchange on the generating capacity of the state unitary enterprise “fuel and energy complex of St. Petersburg”, – said CEO Denis Fedorov.

In 2014 the St. Petersburg city government had planned to buy 75% of shares of “Heating systems” TGC-1 at a cost of 25 cents per share. The amount was estimated at 6.3 billion rubles, payments were planned to produce for 20 years. The deal to buy the block of shares was supposed to be completed by the end of July, then until the end of 2014, all 100% shares of “Heating” would have transferred control of the city.

The total length of communications “Heating of St. Petersburg” is about 2.5 thousand km the Company is an agent of TGC-1 sales and operates on the ownership of about 800 km of trunk pipelines and about 1.7 thousand km of internal network in the areas of heating Avtovskaya, Vasileostrovskaya, Vyborgskaya, may day, the right-Bank, Northern, Central and southern CHPPs of TGC-1.