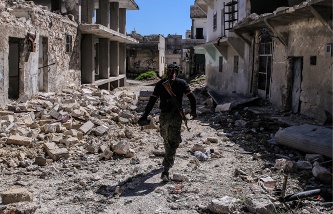 MOSCOW, 6 March. The Minister of foreign Affairs of the Russian Federation Sergey Lavrov and the head of the U.S. Department of state John Kerry in a telephone conversation gave a positive assessment of the real changes in securing the ceasefire in Syria. This was reported on the Russian MFA website.

Media: the crisis in relations with the Russian Federation speaks about the unreliability of Erdogan as a partner of the EU

UN: 9 March in Geneva to discuss a ceasefire in Syria and humanitarian assistance

The conversation took place on the American initiative.

“There was a General positive assessment of real progress in achieving a truce in the Syrian land, which is generally followed and has led to a dramatic reduction in violence”, – stated in the message.

The Ministers of foreign Affairs as co-chairs of the International support group Syria (MGPS) have agreed to provide through representatives in Geneva rhythmic work of the task groups MGPS humanitarian and ceasefire.

The parties also stressed the need to avoid delay with the start of inter-Syrian negotiation process under the auspices of the special representative of the UN Secretary General Stefan de Mistura.

“In this context, S. V. Lavrov drew attention to the fact that with regard to approved by the UN security Council resolution 2254 of the agenda of these negotiations is fundamentally important from the outset to ensure participation in them, in addition to the delegations of the Syrian government, really wide range of all the opposition, including the Syrian Kurds,” – said the foreign Ministry.

The interlocutors also noted a significant improvement in the situation of humanitarian access locked areas of Syria. In this regard, Lavrov stressed that it is not possible to provide access for humanitarian convoys of the UN in Shiite enclaves Foie and Kafra. 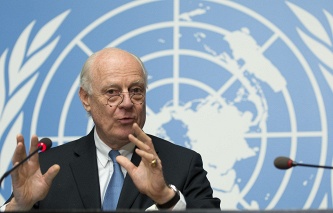 In addition, Lavrov and Kerry continued discussing the ongoing conflict in Yemen, expressing its concern at the grave humanitarian consequences. “An agreement was reached to continue cooperation with all parties involved and with the special envoy of the UN Secretary General on Yemen issues I. Ahmed, to find a peaceful solution through political dialogue”, – stated in the message of the foreign Ministry.

Lavrov and Kerry also discussed the schedule of political contacts for the near future.