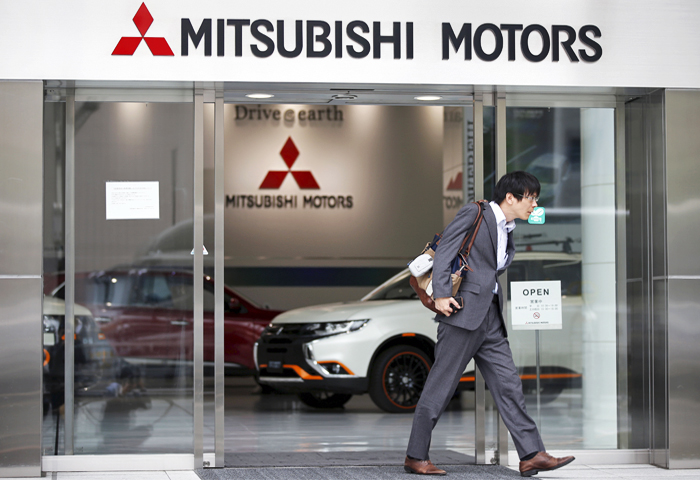 Moscow. April 21. Japanese authorities on Thursday searched the headquarters of Mitsubishi Motors in Tokyo and at the research center of the automaker in Nagoya, in connection with the scandal around the falsification of technical data of some models, reports BBC.

At the end of trading on Thursday the share price of Mitsubishi Motors, the sixth by sales volume automaker of Japan, fell by 20.5%, to a record low, trading was suspended by the exchange due to the excessive number of applications for selling securities. On Wednesday, they fell by 15%, a record drop since June 2004. In two days capitalization of the company decreased by $2.5 billion.

On Wednesday, Mitsubishi Motors admitted that he provided false information on the indicators of fuel consumption in small cars. In particular, when testing the company’s representatives used a lower rate of resistance than was required.

In addition, testing methods did not meet the requirements of Japanese law.

The company deliberately understated the figures of fuel consumption in 625 thousand cars, 468 thousand of them were manufactured for Nissan by Mitsubishi Motors Corp. In the end, Mitsubishi and Nissan made the decision to temporarily suspend sales of four models of runabouts: eK Wagon and eK Space and Dayz Roox and Dayz.

Companies claim that we are talking only about the cars sold in Japan. However, Mitsubishi has promised that an internal investigation will also cover foreign markets.

“The incident has seriously undermined consumer confidence, and we will not let this stand. It is a very serious problem”, – said on Thursday the representative of the government of Japan, Yoshihide Suga.

The Japanese government gave Mitsubishi until April 27 to submit a detailed report about violations.

Earlier participants of the scandals in connection with inaccurate data on fuel consumption by cars were Hyundai Motor Co., Kia Motors Co and Ford Motor Co. Hyundai and Kia have paid fines in the U.S., Ford has lowered the rating of fuel consumption for a range of hybrid models from 2013 and 2014 model years.