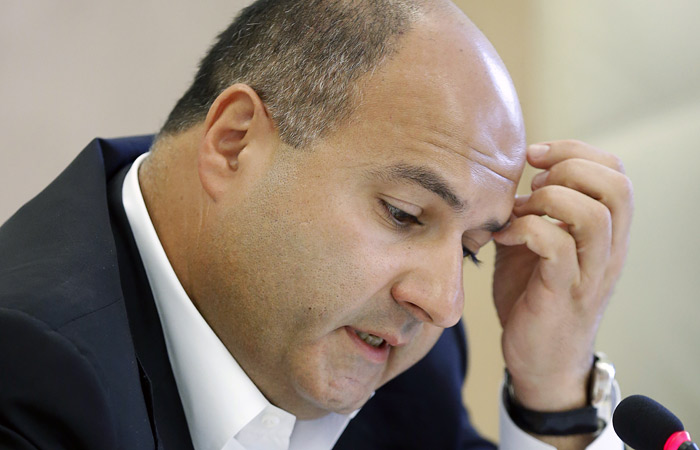 Moscow. April 22. Declared in the international search on charge in large swindle the head of the Federation of bobsled of Russia and co-owner of bankrupt Vneshprombank George Bedjamov, detained by police of Monaco, announced on Friday a source in Russian law enforcement.

“Bedjamov detained. The Russian Bureau of Interpol did not yet notified, but through informal channels information about the detention confirmed,” – said the Agency interlocutor.

At the end of last year the media reported that the Bedjamov left the country after the bankruptcy of Vneshprombank. At the same time in Federation of bobsleigh and skeleton of Russia (FBSR) reported that the head of the organization does not communicate during the week.

In March of this year, a person familiar with the situation source told the Agency that the investigation Department of the Ministry of internal Affairs announced Begimova on the international wanted list. “Currently organized the international search Begimova. Him in absentia charged with fraud in especially large size – part 4 of article 159 of the criminal code of the Russian Federation”, – said the source.

He noted that according to the investigation, managers of the credit institution with the objective of stealing funds entered into loan agreements with their subordinate organizations that further money will not be returned.

The situation in Russia

The problem of Vneshprombank top 50 largest credit institutions of the Russian Federation, came to light at the end of last year. The Central Bank on 18 December was appointed to the Bank a temporary administration, and on December 22, imposed a moratorium on satisfaction of requirements of creditors of Vneshprombank. As a result, the regulator took the decision not to rescue the Bank and withdrew it on 21 January, 2016 license. The “hole” in the capital of Vneshprombank at the time of revocation of the license has exceeded 210 billion rubles, while real assets amounted to 40.4 billion rubles, compared with 236,6 billion rubles at the beginning of the year.

In Russia “stuck” means the number of major structures, including the Olympic Committee of Russia.

Vneshprombank in the first three quarters of 2015 took 34 th place by volume of assets in ranking “Interfax-100” prepared “Interfax-CEA”.