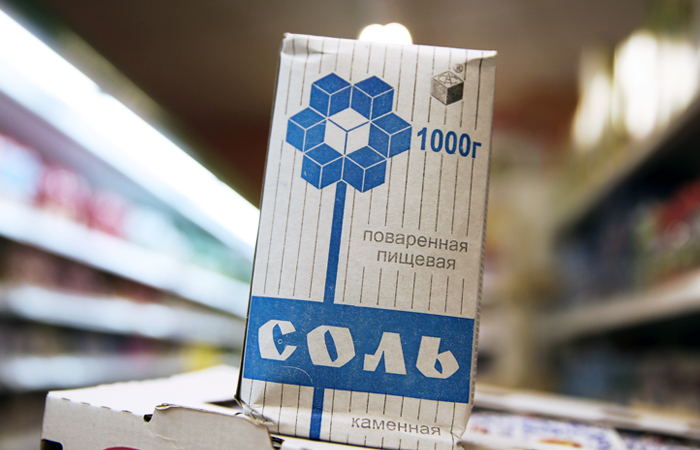 Moscow. May 12. The Ukrainian company “Artemsol” (Donetsk region) were allowed to resume exports of salt in Russia in the amount of 170 thousand tons annually. About this, the CPS has notified to the Federal customs service, writes “Kommersant”, citing a source.

In the CPS confirmed this decision, adding that it was a single shipment of goods via one customs terminal. The Department also noted that while the products of Ukrainian enterprises to the Russian border is not crossed.

In December of last year representatives “, Artemsol” has addressed in Rospotrebnadzor with the request to allow the resumption of supplies of salt to the Russian market. According to the head of the press service of the company Yulia Eremenko, the company presented all the necessary quality certificates and documents, but the response is still not received, writes “Kommersant”.

After the ban on the import of products of Ukrainian enterprises of the Russian salt companies began to actively increase their shipments. However, the lifting of the ban on the supply of 170 thousand tons “, Artemsol” will once again take a solid share in the Russian market. The sources noted that Russian producers and suppliers of salt it is a negative sign because they believed that sanctions and prohibitions will be extended for a long period of time.

According to “Rusprodsoyuz”, before the ban “Artemsol” was one of the leading operators of the Russian market of salt, the volume of which in 2014 amounted to 1.1 million tons. In 2014 it was delivered 233,2 thousand tons of salt, which accounted for 37.6% of total imports of salt in Russia and 21.2% of the salt market.