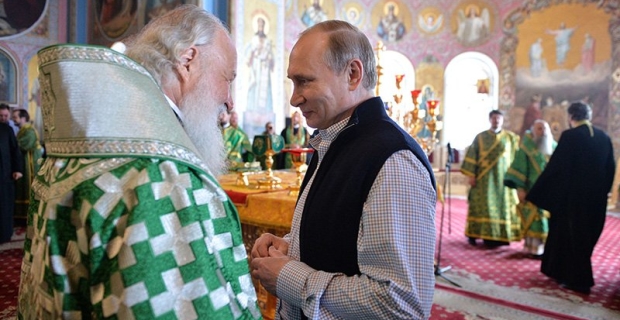 The President of Russia Vladimir Putin attended the solemn Liturgy in the Holy Transfiguration Cathedral of the Valaam monastery. It is Patriarch Kirill, reports “Interfax”.

Liturgy is held in celebration of the memory of the Valaam miracle workers St. Sergius and St. Herman. According to “Interfax”, after the Liturgy, Putin took communion. “We are very pleased to see you and work with you to pray, really appreciate everything you do for the country and for all of us,” the Patriarch said.

On the website of the monastery says that the Patriarch came to Balaam 9 July. The day before he consecrated the chapel in honor of All the saints of Valaam. 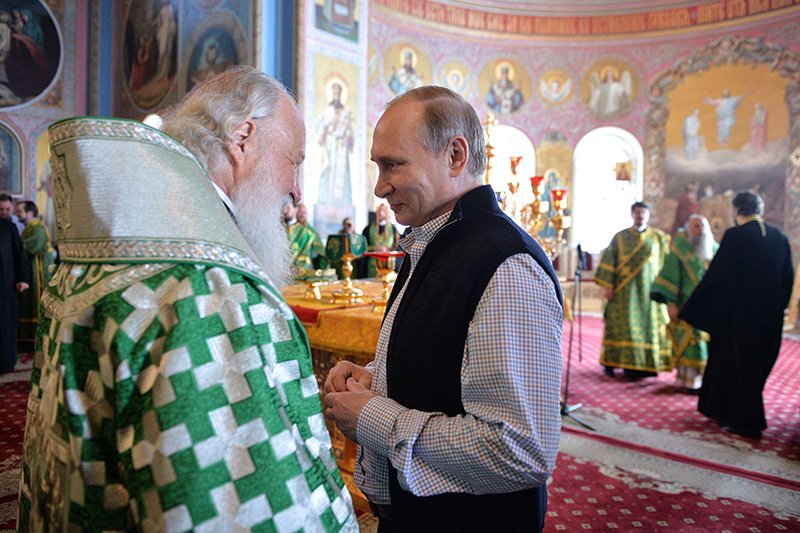 The Patriarch of Moscow and all Russia Kirill and President of Russia Vladimir Putin before the solemn Liturgy at the Holy Transfiguration Cathedral of the Valaam monastery in the day of the Church celebration of the memory of the Valaam miracle workers St. Sergius and St. Herman

On the eve of the publication FlashNord, citing a source in the government of Karelia, reported that Putin has arrived to Valaam on Sunday, July 10. “The head of state arrived to Valaam, where he will visit the monastery and meet with Patriarch Kirill. The latter also came to the island,” — said the source publication. According to him, the island also came the former head of Russian Railways Vladimir Yakunin. The source added that Putin will stay on the island until Monday.

As written July 6, Vladimir Putin will not be scheduled last week of flights — he canceled a visit to the Altai, in Yakutia and Novgorod, said three sources close to the Kremlin. The reason for the cancellation of the visits, they did not call.