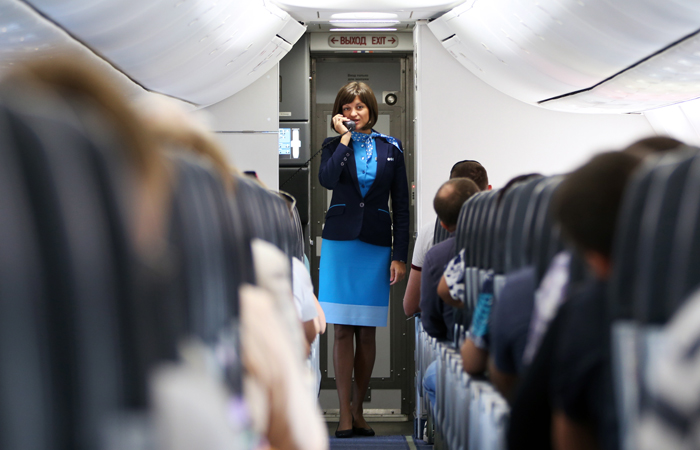 Moscow. 12 Oct. The airline “Victory” (enters into group “Aeroflot”) has submitted to Arbitration court of Petersburg and Leningrad region the claim to the correspondent resource Travel.ru Yuri Plokhotnichenko, it follows from the copy of the document seen by Interfax.

The reason for going to court was July article Plokhotnichenko, in which he accuses the “Victory” of “gross harassment” and “deliberate policy of Seating” flying together of passengers. The article argues that “Victory” they doubled the amount required from families or couples for the opportunity to sit on the plane together and, according to the author, thus “violated the law”.

The carrier demands to publish a refutation and pay compensation “for the harm caused by the dissemination of false information”, in the amount of 2 million rubles.

In “Victory,” confirmed the claim about protection of business reputation to reporter Travel.ru. “Unfortunately, in recent years journalists and bloggers in pursuit of ratings and citation not only unacceptable and extremely aggressive propaganda expression, but an outright lie,” – said the representative of “Victory”.

As reported earlier, the “Victory” has addressed in Arbitration court of Moscow with the claim to “Novaya Gazeta”, which in August issued a “discrediting business reputation of the Russian loukoster” note. Its author Anastasia Egorova accuses the company of constant delay and deliberate Seating of children and parents. In the “Victory” claim was investigated, and the prosecution of the author was not confirmed.