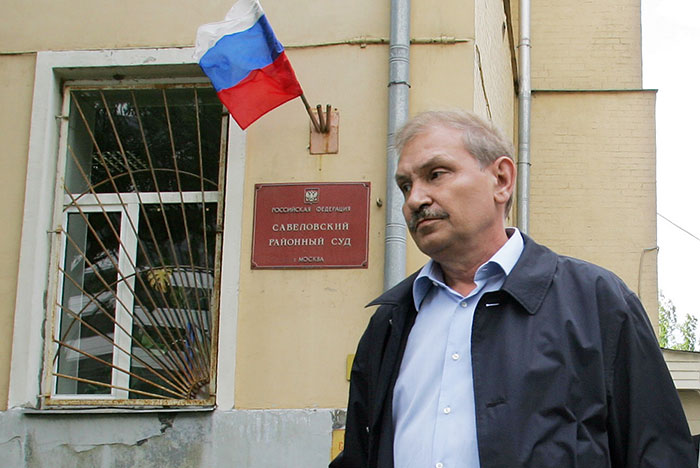 Moscow. 25 Oct. Airline ‘Aeroflot” said action for the sum of $ 120 million to the former Deputy Director of the company Nikolay Glushkov, who is now hiding in Britain, said his lawyer Vasily Golovin.

“Yes, at the moment declared the claim of “Aeroflot” to Glushkov,” said Golovin Agency on Tuesday. The defender added that he’s been in touch with his client.

In Savelovsky court of Moscow now be considered on the merits the criminal case against Glushkov, who is accused of stealing $ 123 million from “Aeroflot”.

The prosecution believes that from November 1995, the defendant and the late Boris Berezovsky teamed up for stealing money from the company “Aeroflot”. For this was created by a group of companies Forus. In this case, according to investigators, Berezovsky was the leader of criminal community and made by the then Director General of “Aeroflot” Yevgeny Shaposhnikov purpose of Krasnenker Alexander and Nikolay Glushkov his deputies for the subsequent misappropriation of funds.

“Glushkov pursuit of selfish interests, in 1996 imposed Shaposhnikov group of companies Forus, while hiding from Shaposhnikov that he and Berezovsky are the owner of the company. Glushkov and Krasnenker advantage of his position, sent to the airlines SAS, KLM, JAL, British airways letter with the requirement to make payments directly into company Forus royalty, which was paying foreign airlines for flying over Russian territory”, – said the Prosecutor.

According to him, the total damage in the period from November 1996 to September 1999, nearly 400 million U.S. dollars, which is in roubles without taking into account inflation of more than 3 billion rubles. “As a result of roguish actions the funds were stolen in the amount of 123 million dollars, or more than 771 million rubles,” – said the Prosecutor. To date died not only Berezovsky, but also Krasnenker.

For his part, the representative of “Aeroflot” recalled that “in 2010, Aeroflot was recognized as the victims of fraud in especially large size”.

“At present Aeroflot is involved in the civil process in London against Mr. Glushkov and other co-defendants for damages incurred as a result of the above fraudulent actions”, – said the Agency interlocutor. He added that “Aeroflot” does not consider it possible to comment on the statements Glushkov.