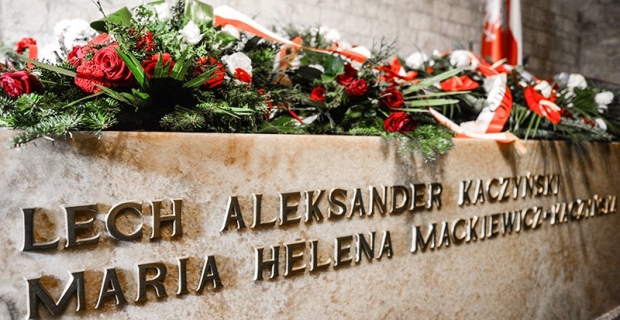 On Tuesday, land was removed from the remains of the former head of the human rights of the Katyn Committee Stefan Melaka, and on Thursday it is scheduled to exhume the body of former Deputy Minister of culture Tomasz MERTa. The remains of President Lech Kaczynski and his wife Maria were exhumed last week and then buried in Wawel castle in Krakow last week.

President Lech Kaczynski and 95 people died in the crash of the Polish governmental plane Tu-154 on 10 April 2010. They went on memorable actions in Katyn, where in 1940 were executed over 20 thousand Polish military. The international aviation Committee (IAC) has completed its investigation in 2011. Poland, where the government was centrist party, Civic platform, with the findings of the investigation generally agreed. In this case, the Polish authorities stated that the actions of Russian controllers could be one of the factors that led to the crash.

In March 2016, the Minister of defence of Poland, Anthony Macierewicz explained the decision by saying that after the disaster in Poland “has faced a wave of misinformation,” and the investigation did not take into account important facts. In particular, he argued that Poland received from the Russian side is not “black box” of the crashed ship, and “some other Registrar”. In September 2016, after the statements of the Polish side about new recordings in the case of the crash the investigation period was extended to 31 December 2017.

A study of the remains will take the international group of experts, composed of 14 people. It included physicians from Switzerland, Portugal and Denmark. The Polish authorities are planning to conduct the examination of the bodies of 83 — all of the victims whose remains had not been cremated. Until the end of 2016 it is planned exhumation of ten bodies, said the Polish Prosecutor’s office. All in all, the process of checking of the remains will take about a year and can be completed by winter of 2017, the Polish media write. Investigators must establish the authenticity of the remains and establish the cause of death. In 2012, the official Warsaw has already informed that with the lineup and the funeral was confused the bodies of two victims of the disaster.

According to Polish radio station RMF FM, which cited anonymous sources, the doctors after examination of the body of Lech Kaczynski and his wife came to the conclusion that it is their remains, and the fatal injuries were received by them not as a result of the explosion, and at the time of the crash. This does not contradict the results of earlier investigations. 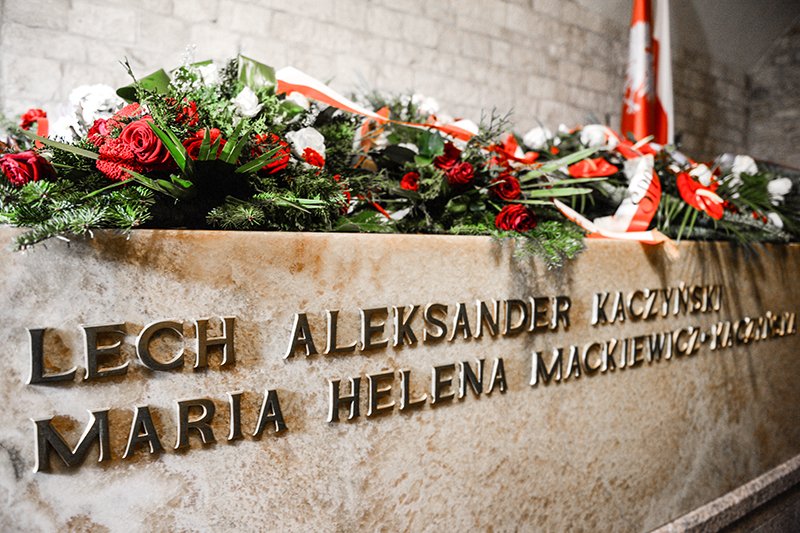 The burial place of Lech Kaczynski and his wife Maria in Krakow, Poland

The interstate aviation Committee conducted an investigation of the crash and the final report in January 2011 was recognized as the causes of the crash crew’s decision not to leave on spare airdrome, as well as deficiencies in flight operations and crew training. Jaroslaw Kaczynski called the report unsubstantiated. In July 2011, the special Commission of the Ministry of internal Affairs of Poland released a report in which the actions of managers, who controlled landing of Tu-154, was named among the factors that contributed to the disaster, however, generally agreed with the conclusions of the Mac.

To mobilize the nation

Continued investigation of the causes of the crash led to a split in the Polish society and is a constant irritant in Russian-Polish relations, indicate the interviewed experts. They believe that “law and justice” can use the inquiry as an instrument of pressure on their opponents from the “Civic platform” and personally the former Prime Minister, Donald Tusk, who now heads the European Council.

The accident investigation is beneficial Jaroslaw Kaczynski and his party, said the head of the centre for situation analysis IMEMO Irina Kobrinskaya. “We are talking about the propaganda effect, because it is difficult to imagine the discovery of real evidence of man-made nature of the crash”, — the expert believes. In their actions the current Polish government are guided by the desire to find confirmation of the conspiracy between Moscow and Warsaw, which was attended by Tusk does not exclude the chief researcher of the Institute of RAS Larisa Lykoshina. “Searching for arguments to convict the former management of bad faith in the performance of their duties and perhaps treason. Therefore, Kaczynski insists that Tusk can be brought to justice if proven guilty,” says Lykoshina.

“Particularly popular among supporters of Kaczynski uses the conspiracy theory that Tusk and Putin reportedly agreed to “drop” the plane of the President”, — said a senior researcher at the Institute of Slavic studies Vadim Volobuev. He notes that not all elite shares this theory, however, the number of its adherents grows. “Part of right-wing politicians want to present the April disaster at Smolensk as the birth of a new country, a new community, the new Republic,” — says the sociologist from the research Institute Kultura Liberalna Carolina Vigora. A large part of the poles, she said, does not believe that the investigation will show, but regardless of the ruling party’s need to support the mobilization of society.

The enemy next door

Despite the persistence on the part of supporters of Kaczynski confidence of Moscow’s involvement in plane crash, experts suggest that a new investigation is unlikely to seriously worsen the already poor Russian-Polish relations. According to the Polish journalist, editor-in-chief of the journals Res Publica Nowa and the Eurozine Voicehe Przybylska, right-wing conservative government is largely set up to find traces of involvement in the disaster of their predecessors, than to look for signs of a conspiracy involving Russia. Przybylski believes that the mention of Russia support the interest in this topic.

The Polish authorities are counting on Russia’s help in the investigation. The Minister of foreign Affairs Witold Waszczykowski said that the authorities require the debris, but Moscow refuses to return them. He noted that the Russian side does not want to cooperate with the investigation and waiting for the Polish side recognizes the results of the investigation of Russian specialists. The representative of the foreign Ministry Maria Zakharova at the briefing on 20 October indicated that the Minister of foreign Affairs and of defence of Poland constantly unreasonably offends Russia: “All we hear every week from Poland, this is, excuse me for the expression, just the next lap in our address.”

“The exhumation is not intended to blame Russia. Its initiators do not really understand what they want to discover. I do not think that the Minister of defence of Poland, Anthony Macierewicz or Jaroslaw Kaczynski seriously believe that you will find in the bodies of the dead traces of explosives,” — said Volobuev. While supporters of such a step expect to find “some evidence” that the plane crash was no accident, he adds.