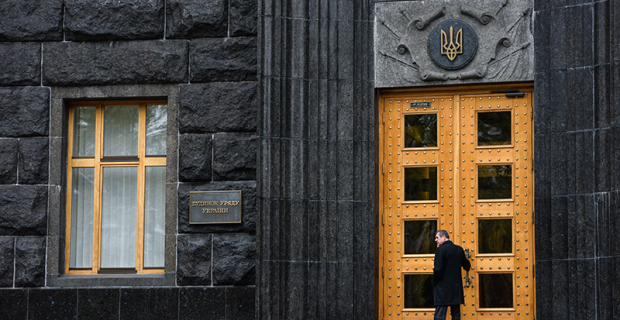 17 Dec 2013 after the visit of the President of Ukraine Viktor Yanukovych to Russia, it was announced that the parties have agreed to grant Russia a loan of $15 billion in financial assistance.

22 December 2013 Russia bought the first package placed on the Irish stock exchange of the Eurobonds of Ukraine at 5% per annum in the amount of $3 billion with a maturity period up to 1 January 2016 and coupon payments every six months. Funds were allocated from the national welfare Fund (NWF). The remaining part of the loan to Ukraine are not provided due to events in early 2014, which resulted in a change of government and flight from the country Yanukovych.

15 Jun 2015 , Ukrainian President Petro Poroshenko called the all Russia loan to Ukraine “bribe” Viktor Yanukovych for refusing to sign the Association agreement with the European Union. The President also said that Russia should be treated on a par with private creditors. In response, Finance Minister Natalia Jaresko said that Kiev recognizes a debt to Russia and will consider this bond “as any other European bonds”.

Press Secretary of the President of Russia Dmitry Peskov called on the Ukrainian authorities to explain whether they intend to comply with the financial obligations of the ousted regime.

“We know that the President of Ukraine at the time Yanukovych was overthrown as a result of unconstitutional and illegal coup, and, of course, when we hear such statements, first of all, we expect explanation, refuse to do the current Ukrainian authorities from succession in respect of obligations of Ukraine, including international, of which we are primarily interested in the financial”. Dmitry Peskov, 15 Jun 2015

August 27, 2015 the Minister of Finance of Ukraine Natalie Jaresko said that Kiev has agreed with creditors on debt restructuring. According to the Prime Minister of Ukraine Arseniy Yatsenyuk, the Ukrainian government have written off nearly $4 billion in debt and extending maturities on the remaining $15.5 billion for years 2019-2027. The Finance Ministry of Russia refused to participate in debt restructuring Ukraine.

8 December 2015 , the IMF decided to review its policy in relation to countries with sovereign debt, which allowed the organization to continue lending to Ukraine in case of nonpayment of its debt on Eurobonds and the onset of default.

17 December 2015 the Board of Directors of the IMF have recognized the status of Ukraine’s debt to Russia of the sovereign, which meant that the liability to pay a debt incurred by the government-borrower. 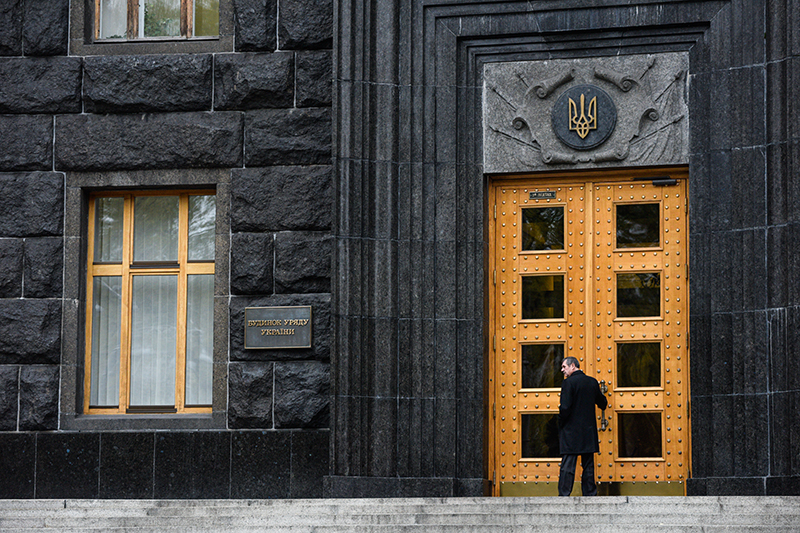 The building of the government of Ukraine in Kiev

According to the Ministry of Finance of Ukraine at the end of November 2016, total public and publicly guaranteed debt is $67,53 billion, of which $45,66 billion is external debt.

The size of the debt, which the Ukrainian government acts as guarantor is $9,57 billion, the bulk of it also constitute the International monetary Fund ($6,18 billion). In the register of debts to foreign commercial organizations also included the debt to Gazprombank in the amount of $500 million.

18 Dec 2015 the government of Ukraine declared a moratorium on the payment of Russian debt after the adoption the same day of the bill by the Verkhovna Rada.

21 December, 2015 due for redemption of securities, but Ukraine failed to pay $3,075 billion (principal and last coupon).

February 16, 2016 the company The Law Debenture Trust Corp. (the Trustee on the issue of Ukrainian Eurobonds for $3 billion) in the interests of Russia had filed a lawsuit against Ukraine in London’s High court. Ukraine recognized the Russian claim and said the English court of intent to object to all claims.

May 1, 2016 came into force the law on prolongation of moratorium on the payment of a debt of Russia for an indefinite period. The explanatory note said that the moratorium can be lifted, if the holders of securities will be reached agreement on debt restructuring.

On may 27, 2016 Ukraine announced that it filed its objections to the Russian claim in London’s High court.

26 July 2016 , Finance Minister of Ukraine Alexander danyluk said that Ukraine can not repay Russian debt, as the loan was “political” and the Ukraine to take the loan is made. The Kremlin announced that in the event of nonpayment of the loan, Moscow will take measures to protect their commercial interests.

Response to $3 billion: as Ukraine justifies the refusal of Russia to return the debt

2 December 2016 Ministry of Finance of Russia has asked France and the international monetary Fund to facilitate the settlement of Ukraine’s debt to Russia.