The President of the United States Donald trump spoke about possible cancellation of the upcoming meeting with Mexican President Enrique peña Nieto. Such statement the American President has made in Twitter.

“The US with Mexico, the trade deficit of $60 billion NAFTA [North American free trade agreement] from the beginning was beneficial to only one side, with its huge numbers for lost jobs and businesses. If Mexico is unwilling to pay for much-needed wall, it is better to cancel the upcoming meeting,” wrote trump.

Before trump has signed a decree on the protection of the state border, which must begin the construction of the wall on the land border with Mexico. In an interview with ABC News U.S. President said that the wall will begin to build “within a few months.”

Then trump reiterated that Mexico is guaranteed to reimburse US for the construction of the wall,and the negotiations with the Mexican party will begin “very soon”.

Mexican President on Thursday reiterated that Mexico is not going to pay for the wall.

January 21 — the first day of his presidency — trump held telephone talks with Mexican leader Enrique peña Nieto. Then both leaders agreed to an emergency meeting. Later it became known that the meeting scheduled for January 31.

On the eve of the Mexican politicians have called for President Enrique peña Nieto to cancel the visit to the United States. Calls sounded after trump signed a decree on the construction of a wall on the border with Mexico. 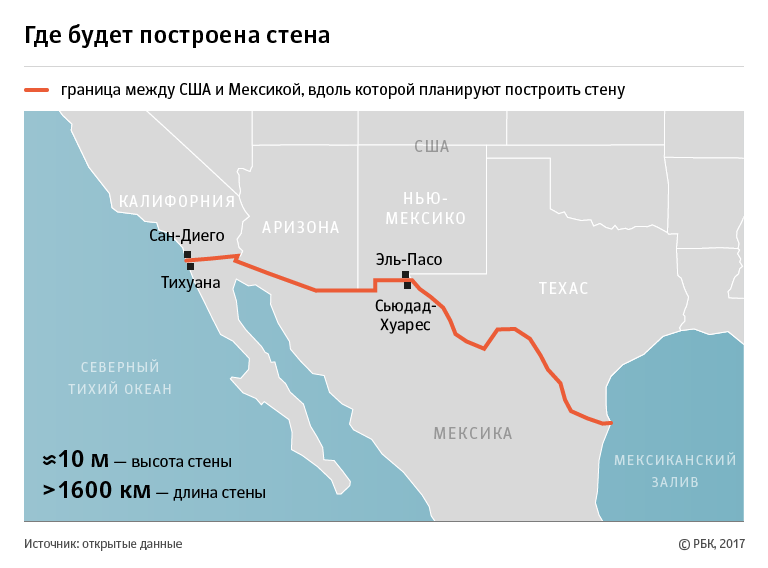