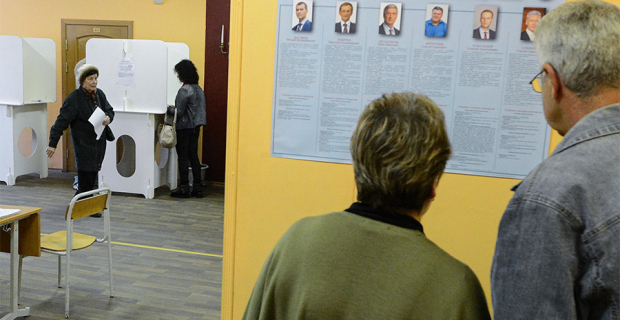 The mayoral elections will be held in September 2018, however, opposition candidates began to announce their nomination for them this February. February 17 about his ambitions to run for the head of the Communist party faction in the Moscow city Duma Andrey Klychkov. February 21, Tuesday, on the nomination for the post of mayor of Moscow at the briefing said the former Duma Deputy Dmitry Gudkov.

The politician said that the funds for his campaign he will collect with the help of fundraising, and this focuses on opposition leader Alexei Navalny, who for his own nomination for mayor in 2013, attracted 103 million rubles. “it is Clear that the crisis the ruble depreciated by half, significantly increased the prices of the campaign for the press, — he explained. — I need this amount and possibly much more”.

The head of a staff of Navalny Leonid Volkov said that the biggest item of expenditure during campaign for elections of the mayor in 2013 — about 30% — was the promotion of radio and television stations. Almost the same funds were spent on election campaigning in print. “Another 14% during the [mayoral] campaign, we spent on Cuba campaign, print materials, etc., the rest — salaries,” — said Volkov.

That Gudkov intends to become a single candidate from Democrats on a post of the mayor of Moscow, February 3, said the head of his staff during the elections to the Duma Maxim Katz.

Dmitry Gudkov if the nomination is hoping for the support of the party “Yabloko”, from which he ran on the Federal list in the state Duma in 2016. “I met with [the candidate from the “Yabloko” Grigory] Yavlinsky, asked about the support, including in relation to the nomination, and Yavlinsky promised to think about [the decision],” he said.

However, hooters is not the only politician who counts on the support of Yabloko in the election campaign of the mayor of Moscow. The head of the Moscow branch of the party Sergey Mitrokhin two years ago talked about the fact that will participate in these elections. He is confident that “the Apple” will support him because he is a member of the party in contrast to Gudkov, and secondly, because of his experience with the Moscow agenda. “[Beeps] I have never done that for Moscow, no program has ever offered, so don’t consider it a serious contender,” said Mitrokhin.

According to Mitrokhin, Gudkov they have the same “political potential”, but funds for the campaign he will need much less. “I think about 5 million rubles for the County I would need ten districts — so 50 million rubles., — said Mitrokhin. — That is one million dollars, based on current course”.

Gudkov, in turn, is confident that “the Apple” will support him. According to him, during a closed inner-party voting, which took place a few days ago, he “easily beat” his opponent. “In addition, Yavlinsky is interested in cooperation with me, as it counts on the support during his own nomination for the presidency in 2018”, — said the politician. Everything is included in the Federal list “the Apple” in the Duma elections the candidates promised in return to support Yavlinsky in the presidential election in 2018.

And beeps and Mitrokhin has declared readiness to participate in internal party vote to determine the candidate of the party. The Chairman of the “Yabloko” Emilia Slabunov in the comments confirmed that both candidates appealed to “Apple” for support. She said that while the speech within the party is not about the primaries and the debates, which will be determined by the favorite.

In 2016, both politicians participated in the Duma elections and won in their districts second place, losing candidates-United Russia. In Tushinsky district Gudkov received 20.4% of the vote (he won Gennady Onishchenko – 26,04%), and Mitrokhin in Babushkinsky district – 12,78% (his opponent Ivan Teterin 35,86%). 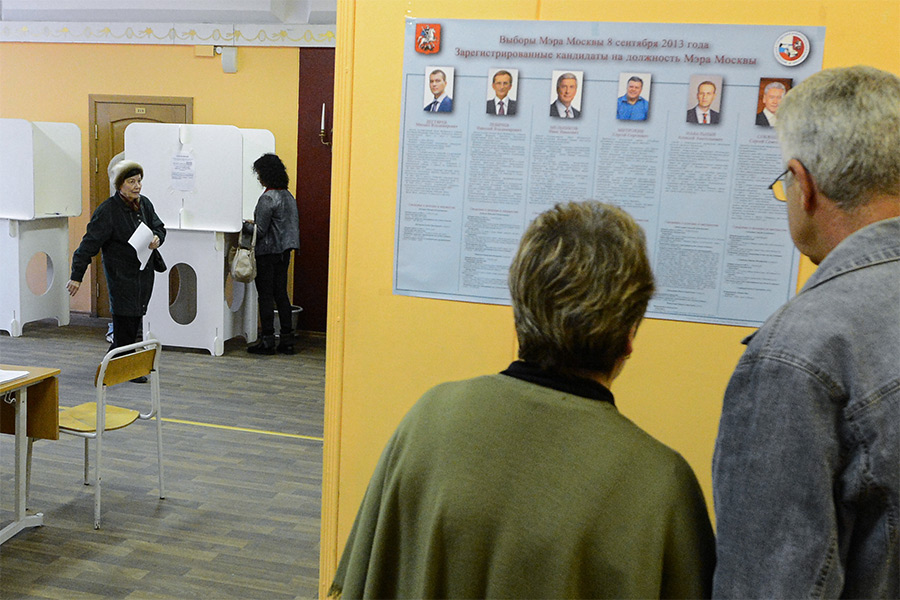 The head of the Communist party faction in the Moscow city Duma Andrey Klychkov February 17, told “Kommersant” about his desire to run for mayor of Moscow. he said that the final decision is still pending and “the nomination of candidates will be discussed at the party level” — probably by the primaries.

The price of the campaign Klychkov refused to name, saying that the candidate for mayor from the Communist party in any case will not be to rely on the “financial side of his campaign.” According to him, the Communist party is counting on the first stage of municipal elections, during which candidates from the party should support in the Moscow districts.

Representatives of LDPR candidate for the Moscow mayor election is still undecided, said party leader Vladimir Zhirinovsky and Vice-speaker of the state Duma Igor Lebedev. A source in the Central election Commission said that election from the liberal democratic party may nominate a Deputy Yaroslav Nilov. Nilov himself denies it, he said that the party has not yet decided on a candidate.

Also your candidate is not defined, and “Fair Russia” have told three sources in the party. According to them, a just Russia is now more concerned about the question of nominating a candidate for presidential elections in 2018.

In “Party of Growth” did not rule out the nomination of their candidates. In her press service said that the issue of participation in the elections will be decided at the Assembly party in may-June 2017. In PARNASSUS the question of the candidates for mayor also has not yet been discussed, said Deputy Chairman of the party Konstantin Merzlikin.

The representative of the “Party of progress” in Moscow, Nikolai Lyaskin told that the party is now “too busy with the presidential campaign Bulk” to think about the municipal elections. One of the leaders of the movement “Solidarity” Ilya Yashin in the comments did not rule out that his supporters will support on elections of the mayor Dmitry Gudkov.

Moscow mayor Sergei Sobyanin did not rule out that it may stand as a candidate at the next election of the mayor. “If the situation will allow, will you run again?”, — I asked him “Газета.Ru” in the year 2015. “Wait and see”, — said the head of the capital.

Political analyst Alexei Makarkin, in a commentary called Gudkov and Klychkov “good public policy”, which however is unlikely to be a serious competition to Sobyanin. “Pro-government electorate, which wants a Manager, much more than the total electorate of the Communists and Democrats,” added Makarkin. In addition, the analyst believes, the result of the city election depends on what the outcome of the presidential election in 2018.

Did not agree with the political scientist Alexander Kynev, who appreciates the chances of opposition candidates in municipal elections. “There is no adoration of the current government in the city, so I think that the campaign will be for the Moscow authorities is much more difficult than in 2013,” he said . According to the expert, alternative candidates are right now — like hooters — start their campaigns to ensure their support during elections of municipal deputies.

Municipal election — the first stage of elections of the mayor of the capital, to be held in Moscow in a single day of voting on 18 September 2017. In comments to “Vedomosti” Katz said in the fall of 2017 Gudkov wants to hold deputies of municipal assemblies of Moscow 200-300 people, which will help to overcome the municipal filter for the registration of the candidate in mayors.

In the mayoral election in 2013 the mayor, who went to them from the party “United Russia”, and as the independent candidate, received 51.37% of the vote. The second place by results of voting took Navalny (27,24%), the third — Ivan Melnikov from the Communist party (10.69 percent). For the candidate from the “Yabloko” Sergei Mitrokhin voted of 3.51% of all voters Mikhail Degtyarev from the liberal democratic party – of 2.86%, Nikolai Levichev from a just Russia – of 2.79%.