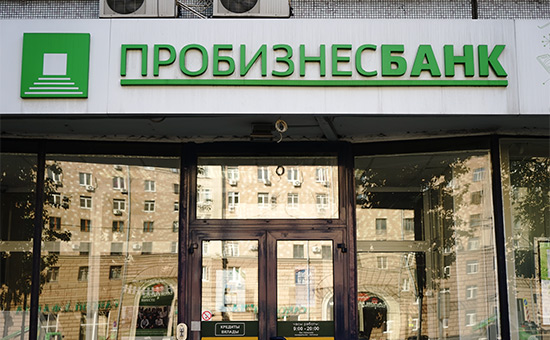 Basmanny court of Moscow in absentia arrested the former Vice-President of Probusinessbank Yaroslav Alekseev in the case of the theft of 25 billion rubles, writes “Kommersant”. According to investigators he is hiding in the United States

Basmanny court of Moscow in absentia arrested the former Vice-President of Probusinessbank Yaroslav Alekseev in the case of theft. About it reports “Kommersant”.

Him in absentia accused of committing a crime under part 4 of article 160 of the Russian criminal code (embezzlement or theft in especially large size). Alekseev was announced in the Federal wanted list. However, according to the investigation, he hides in the United States, so it is possible to involve in investigation activities by Interpol.

Basmanny court ruled that from the moment of detention in Russia and extradition from abroad Alekseev has to be in custody at least two months. Lawyer Armen Zadoyan said “Kommersant” that he was against such a measure, however, refused to discuss the case, citing a nondisclosure agreement.

According to investigators, in the United States are also the Chairman of the Board of Probusinessbank Alexander Zheleznjak and his Deputy Alexander Lomov. They also declared in the international search. Between Russia and the U.S. there is no agreement on the extradition of accused or suspects. However, the Russian investigative authorities expect that they may be deported for immigration violations.

Basmanny court of Moscow arrested in absentia Lomov and Zeleznyaka April 26. Russia’s investigative Committee is investigating in relation to the former management of Probusinessbank criminal case about plunder more than 25 billion rubles.

The Central Bank deprived of the license Probusinessbank in August 2015, there was appointed a temporary administration. In October 2015, the credit institution was declared bankrupt. The Central Bank revealed a large-scale withdrawal of assets. Damage was estimated at more than 34 billion rubles.