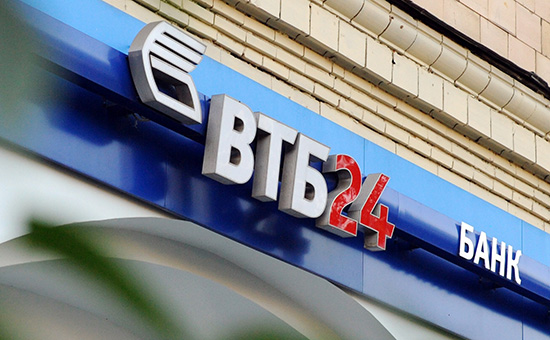 The Bank plans in the fall to release a new tool — mortgage bonds for the population up to 10 billion rubles With the terms of issue, the Bank plans to decide after analyzing the placement of OFZ-n of the Ministry of Finance. Experts believe offer potentially interesting

Bank VTB24 in the fall is going to offer citizens an alternative instrument of savings mortgage bonds, said during a press conference the head of the Bank Mikhail Zadornov, reports RBC.

According to Zadornov, the Bank now monitors the progress of the sale of bonds for the population of the Ministry of Finance (OFZ-n) to assess the demand of its customers for similar instruments. “The issue size and the yield of clarified yet. But we will offer a fixed rate,” added the banker.

“The ruble rate will decrease, so we want to offer customers to diversify their savings. It will be an interesting tool, because the income thereon will be higher than on deposits; in addition, the yield on the bonds will not be taxed under the new legislation,” — said Zadornov.

The banker said that the new paper will be different from OFZ-n in some respects. “Mortgage paper must be absolutely liquid. It should have a market character. It will be a fixed rate for the entire period. The owners of these bonds can sell them on the secondary market,” he explained.

VTB24 is preparing to issue a new product, based on client demand. In various investment products clients of VTB24 has invested more than 150 billion rubles. mainly they bought bonds, life insurance, Eurobonds of Russian issuers.

Senior Vice President, Director of mortgage lending at VTB24 Andrei Osipov said RBC that the Bank is considering placing up to the end of the year of issue of mortgage bonds to the public amount to 10 billion rubles only for private banking clients of VTB group. “It will be our own pilot project, the results of which we will assess the feasibility of proposals such tools in the future,” he said.

Respondents RBC experts believe potentially interesting idea VTB24 to offer a new product. However, they note that the demand for new securities will depend on the Bank’s terms and conditions. “The decline in the key rate of the Central Bank interest mortgage bonds under the guarantee of the seller should be compared with bonds of the first echelon. Among investors, such securities will be in demand, if the yield is at 9% annual” — the analyst on debt markets of Raiffeisenbank Denis Poryvai. “Mortgage bonds will be in demand, if their yield is at 9.5–9.7 per cent per annum,” — said the portfolio Manager of UK “Kapital” Dmitry Postolenko.

Experts point to a number of features of this type of securities. “The main problem of all mortgage bonds — the lack of liquidity. To solve it requires a large amount of issue,” says Postolenko. “Cost for the Issuer of mortgage-backed securities volume of issue at least 5 billion rubles, as the mortgage securities issue requires additional costs”, — says Director of investment and trading Department Absolut Bank Sergei Mikhailov.

In addition, usually the mortgage bond placed on the long term, as well as in such securities is depreciation, so the actual duration will be less. “For example, if there is early repayment of the mortgage, a fraction of face value is paid to bondholders (the Issuer repays part of the bond)”, says Poryvai.

Also, the securities must provide for secondary liquidity and regular information from banks, which are traded these securities on the calculation of duration, notes, Postolenko. “Many investors are avoiding mortgage-backed securities due to the lack of a fixed duration and yield,” he says.

The interest of banks

VTB24 plans can inspire other market players to come up with a similar proposal of issue of bonds to the public under the guarantee of AHML, experts say. “The lower cost of real estate and lower rates, the availability of acquisition of housing mortgage grows. For the banks mortgage securities is a good tool. Banks want to increase liquidity and to reduce the burden on capital,” says Postolenko.

RBC interviewed ten largest mortgage banks by the end of 2016 about their plans on release of such papers. Only one of them — the Bank said it was willing to consider the possibility of emission of this product. In the absolute Bank and Bank “St.-Petersburg” have informed that such plans yet. The savings Bank, “DeltaCredit” and Raiffeisenbank declined to comment. The press service of Gazprombank and Russian agricultural Bank to a request to RBC did not answer.

According to the Moscow exchange, the Ministry of Finance in the first eight business days have placed more than half of the debut issue of OFZs for the population. The bonds are placed through the offices of VTB24 and Sberbank of Russia. VTB 24, according to Mikhail Zadornov, at the end of eight working days made 2.5 thousand applications for OFZ for the population of 2.8 billion rubles. the Average claim amounted to more than RUB 1.2 million and is for the most part clients of the segment of “privilege,” he said.