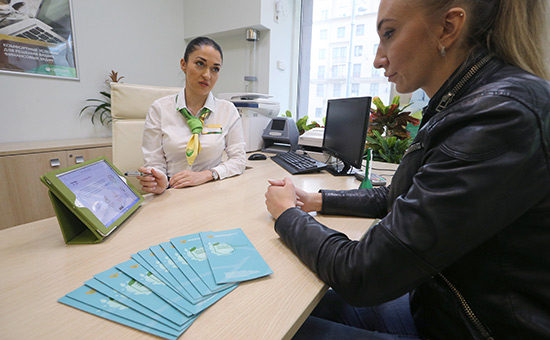 Part of Federal loan bonds previously allocated to VTB, the decision of the Ministry of Finance before the sale to Sberbank

Federal loan bonds (OFZ bonds) with a nominal value of 2.5 billion rubles from the quota of the VTB is passed to implement the physical persons in Sberbank, Reuters reported, citing a source in banking circles. According to the Agency, the decision on the transfer of securities from one Bank to another was taken by the Ministry of Finance.

Initially 15 million shares OFZ bonds at a par value of RUB 1 thousand each, which commenced in Sberbank and VTB24 26 April 2017, was divided between the agent banks equally. However, the clients of Sberbank bought “national bonds” harder.

According to the head of the Department of global markets Sberbank CIB Andrey Shemetova, from the moment of start of sales of Sberbank sold OFZ to the amount of over 6.95 billion rubles, almost exhausted its allocated quota.

“Formally, the period of placement of issue ends in October 2017, and the total amount of accommodation is still far from complete, but we see stable demand of our customers,” said Shemetov.

He also noted that Sberbank is ready to implement the decision of the Ministry of Finance and to sell OFZ another 2.5 billion rubles.

In a press-service VTB Reuters reported that since April 26, VTB24 received about 3.5 thousand applications for the purchase of OFZ in the amount of RUB 4 billion with an average bill of over 1 million rubles.

“Bonds are in demand, and we certainly plan to continue their participation in this project”, — stated in the message Bank.

The minimum amount of investment in “national bonds” is 30 thousand rubles., maximum — 15 million rbl. the Coupon on OFZ for the population will be paid every six months, and its size will increase with each payment to motivate investors to hold purchased securities to maturity. The first coupon rate will be 7.5%, second 8%, third is 8.5%, the fourth 9% fifth 10% and the latter 10.5%. Thus, the average yield of “national bonds” in three years will be 8.5% per annum.