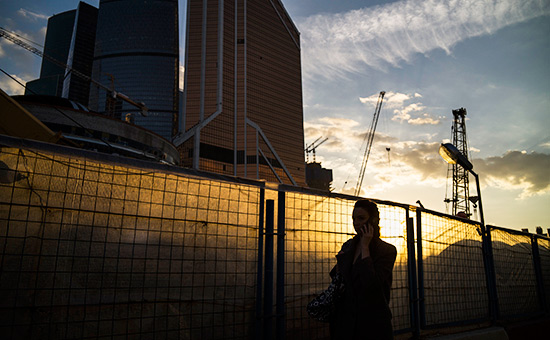 The net outflow from funds investing in Russia, is the sixth consecutive week. However, total investment in Russian assets increase. Experts say the flow of funds from the stock market to the bond market

According to the survey, Russia has shown the weakest results among the countries BRIXT (Brazil, Russia, India, China, South Africa, Turkey), and the number of investments last week became South Africa, India and Turkey.

Foreign interest in the Russian stock market weakened in recent weeks for a number of reasons, say respondents RBC experts. “First, Russia remains a factor of uncertainty about oil prices,” — said the chief economist of the Eurasian development Bank (EDB) Yaroslav Lissovolik. Over the last week the price of oil rose ahead of the meeting and the decision of OPEC, but the factor of volatility of the ruble and a factor based on oil prices remain a risk, he said. “Secondly, the Russian stock market may have certain limitations due to the strong ruble,” he adds.

A more cautious attitude towards risk contributes to the exacerbation of a number of political issues. “Because of the numerous scandals team trump can not launch economic reforms, expected by many investors. In Europe again escalated rhetoric between the UK and the EU”, — said the chief economist of consulting company “PF Capital” Evgenie Nadorshin.

Despite the net outflow from funds investing in Russian shares, the aggregate investment in Russian assets rise for four consecutive weeks, from the data review. Experts say the flow of funds to other markets. “To some extent the stock market is losing in competition to other market segments. The rate remains high enough to support the ruble and redistributes the flow of funds into the bond or currency markets”, — said Lissovolik. “Part of foreign investors shifted from the stock in protective instruments, in particular in government bonds or individual money market instruments (for example, a one-day bonds VTB)”, — says the Nadorshin.

Experts do not expect a trend reversal soon. “A few months you can expect the same dynamics”, — said Lissovolik. In his opinion, the decisive factors for reversal are internal events. “Incentives could be monetary easing, the weakening of the ruble. This scenario can be implemented closer to the fall,” — said the expert. However downside risks remain, associated with the United States, which compensate for this possible positive (interest rates and the unpredictability of economic policy), he adds.

However, according to Eugene Nadorshin, after some time, if to defuse the situation around North Korea, the trend will reverse. Assuming relative stability in Russia and the tensions in several other emerging markets investments in Russian assets can still be attractive, he adds.