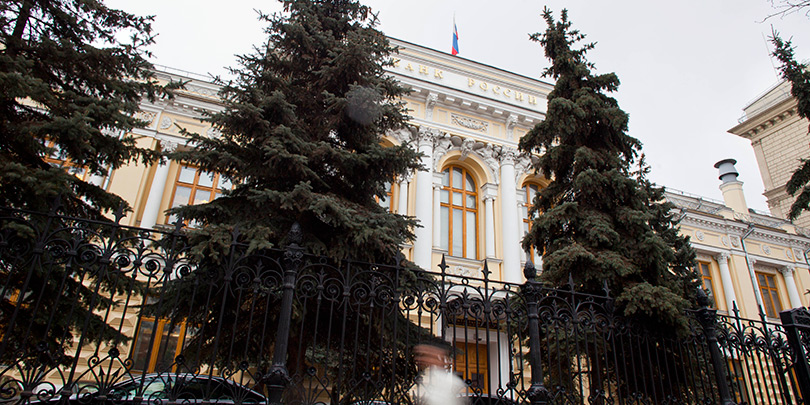 RBC became known first results of the trial generalized stress-tests of the NPF. They are such that the funds have asked the Central Bank to mitigate the valuation technique. While the regulator promised to think it over, without warranty of any kind

The Bank of Russia began to analyze the proposals of the pension funds (NPF) by adjusting the scenario parameters in the upcoming funds stress tests, told RBC press service of the regulator in response to the request for the results of the recent meeting of the Central Bank with the participants of the pension market, which discussed preliminary results of the stress testing of the funds. About this meeting (with the Director of the Department of collective investment securities Philip Gabunia) RBC told three of its members. The fact of its conducting confirmed by the press service of the regulator.

According to RBC, the meeting funds proposed modifying scenario parameters stress tests. This was confirmed in the press service of the Central Bank. Following the discussion, the regulator has asked the NPF further justification for several of the proposed adjustments. “In General, the Bank of Russia has no plans to change the model of stress testing. But more detailed comments we are ready to give after reviewing the proposals of NPF”, — said the press service of the Central Bank.

Suggestions on the adjustment approach of the Central Bank to conduct stress tests of NPF funds made in connection with the obligation in 2018 to pass the stress test. His goal is to give the regulator the opportunity to assess their financial stability and liquidity of portfolio assets invested in pension savings and reserves. In early April, the Central Bank has announced parameters of stress tests and proposed market conduct trial testing. It is now clear that the market results are not happy.

First, in the scenario of the stress test laid the fall of the rating of the Issuer, in the securities or deposits of which (if it is a Bank) invested most of the pension money, down by three notches, said one of the representatives of the NPF, said one of the interlocutors RBC. “The greatest dissatisfaction this situation has caused NPF of the savings Bank and NPF “Blagosostoyanie” he says. — These funds main assets are concentrated in Sberbank and Russian Railways respectively, and the funds believe that the ratings of such issuers priori can not fall so soon.”

Second, continue to interlocutors RBC, the funds were concerned that the Bank stress tests evaluates land plots and real estate in closed mutual funds as the investment vehicles of the pension funds to zero. “The regulator explicitly said that this approach caused by the crisis of the Institute of appraisers, most of whom are willing for a small fee to evaluate the property as required by the client,” explains one of the sources of RBC.

Third, according to market participants, has raised questions about the applicability of the model of stress testing used to evaluate the quality of the investment of pension savings (forming future pensions) to assess the quality of assets in which the invested pension reserves (that is, the future of corporate pensions). Corporate pension plans are much more heterogeneous, and a single model for the valuation of investments of pension savings to them little applicable, explain the sources of RBC.

The fourth controversy related to use in the stress tests, the ratings of the parent companies, regardless of what the rating of the Issuer. This applies, for example, Bank “Opening”, which has good ratings from S&P and Moody’s, and its parent structure of “OTKRITIE holding” ratings there, explained one of the interlocutors RBC. According to him, this is the only issue in which the Bank has agreed to Fund. The Bank “Opening” comments are not provided.

The response of the market

The participants of the market consider that in itself stress testing market useful. “It is necessary to pension funds, especially in light of the reform, which implies the introduction of a new system of individual pension capital”, — says adviser to the NAPF Valery Vinogradov. However, the methodology of stress testing, according to representatives of the funds, requires adjustment.

“In our view, the methodology and stress scenarios are quite conservative, and simplified approaches”, — said Deputy Director of NPF “Safmar” risk management Andrei Konstantinov. This may cause the results of the stress tests will be distorted, says Konstantinov. In addition, he believes, the current situation with the ratings of the issuers as a whole exacerbates the problem.

Because the stress test is too conservative, agrees the General Director NPF “LUKOIL-Garant” Denis Rudomanenko. Central Bank has adopted a scenario very similar to the situation in 2008, some funds have to leave some assets on the results of the mandatory stress tests in 2018, he said. According to Rudomanenko, this means that “the portfolios of pension funds will become more conservative, yields will fall, and therefore, the NPF will become less attractive to customers.”