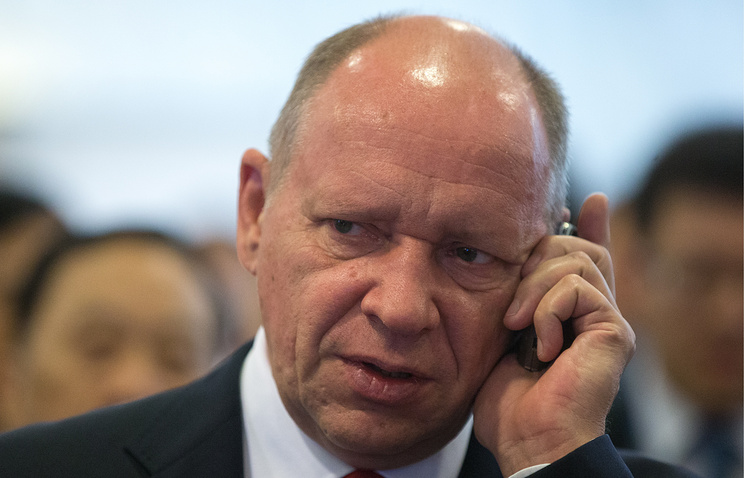 MOSCOW, July 4. /TASS/. The media of Russia and China forming a new world information order, the main features of which are accountability, integrity, and improvement of media literacy of the audience. This was stated on Tuesday by the first Deputy head of the presidential administration of Russia Alexei Gromov, speaking at the III media forum of Russia and China, “the New future of cooperation between Russia and China and the role of the media”.

“Today the media of Russia and China and many other countries, especially the BRICS (Brazil, Russia, India, China, South Africa – approx. TASS), begin to create a new information order, the main elements of which are professionalism, responsibility, honesty, respect for viewers and readers, the desire to inform and educate,” said he.

Gromov noted that an important element of this procedure is to increase media literacy of the audience. “At the same time it is very important to counteract the monopolization of the media market. Here, I think we’re in a certain field has progressed, he continued. – Monopoly, especially in such a sensitive sphere as we know, leads to stagnation and decline.”

First Deputy head of presidential administration of the Russian Federation emphasized the importance of responsible media in the modern information world, when new technologies are often used for fraud and the manipulation of public opinion. “The largest and most authoritative media under any circumstances should not lose objectivity, to engage in the information war, to forget about high professional standards and ethics of contemporary journalism,” he said in this regard.

Bilateral relations are developing in all spheres

Gromov noted that through the active collaboration of the media in China and Russia “have formed a separate direction of cooperation, including serious business component.” “I am confident that the work in this direction will be continued successfully in future,” he added.

Separately in this context, Gromov pointed out on the upcoming Tuesday the signing of an agreement on the launch in China of the Russian TV channel “Katyusha”. “We have a long way to go and very grateful to our Chinese friends and partners for constructive cooperation”, – he said.

Thunders has reminded that 2016 and 2017 are the years, cross-media, Russia and China. According to Deputy head of the presidential administration, the action plan years, the media is more than 250 bilateral initiatives.