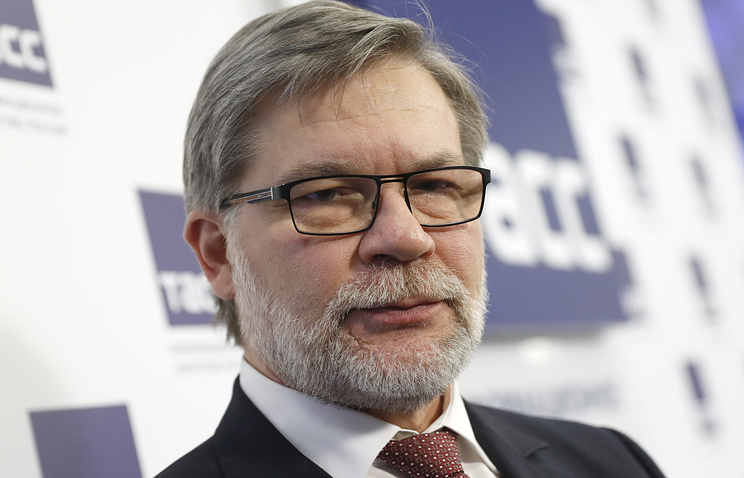 GENEVA, 5 July. /Offset. TASS Anna Dementieva/. The Federal Antimonopoly service of Russia (FAS) will offer the countries of the United Nations to change attitudes to interact and strengthen contacts in the antitrust field. In particular, the FAS proposes to create an electronic platform in which to gather information about anti-competitive cases from around the world, said in an interview with TASS Deputy Minister Andrey Tsyganov.

“We want the countries-participants of the United Nations can more effectively collaborate with each other – not just in the exchange of some information, and when dealing with specific violations of the law, because it is clear that if some multinational company misbehaves on the Russian market, so she misbehaves in other countries”, – he said on the sidelines of the 16th intergovernmental expert group UNCTAD (United Nations Conference on trade and development).

According to Tsyganov, the set of principles and rules for the control of restrictive business practices, developed in 1980, in modern conditions is not enough. “Do not work traditional methods of measuring market, in cases of online trade or business against Google. The ways of international cooperation, when we sit and long exchange of letters, waiting for months reaction, in conditions when all are happening in the world at the speed of light with the velocity of the electrons, is of the XIX century”, – he said.

FAS has prepared a draft, which offers the countries of the United Nations to strengthen the cooperation in the investigation and decision-making. In particular, this may relate to anti-competitive actions of global corporations and international cartels, said Tsyganov.

“Tomorrow, the draft will be provided here officially to represent Igor Artemyev (the head of the FAS – approx. ed.) personally, we hope that it will be supported, will not cause rejection and opposition”, – he said.

Tsyganov explained that the project is not for the competition rules. “It concerns the interaction between competition agencies: what forms of cooperation are legal and which are not, can I disclose confidential information obtained in the course of the investigation, which need mechanisms to protect this sensitive information,” he said.

In addition, FAS suggests to establish an electronic platform to gather information about anti-competitive cases from around the world. “This kind of public, or, conversely, limited access storage systems big data-related competition issues also should be created”, – said Roma.

Deputy head of FAS pointed out that international cooperation and the use of digital technologies are particularly important conditions for the emergence of new challenges of the modern economy – such as, for example, trading robots.

In matters of consideration of antitrust cases against large international companies extremely important the speed of response and cooperation with antitrust authorities of other countries, I’m sure Tsyganov.

“It is clear that the problem is the same Google is it not Russian, she is of the world. We have considered the case, which concerns the app store, and the EC has just adopted a final decision on another aspect of this company that is associated with the promotion of sites of its own products. It is clear that such actions occur everywhere, in different countries. It is clear that there is need to share information and perhaps even to agree on the decisions,” explained Roma.

International cooperation can accelerate the investigation of antitrust cases and will quickly restore competition in the market, he added. “If more effective and intense cooperation, it would be possible more effectively and quickly to resolve certain issues, to catch and punish violators, and most importantly – to adjust the market situation,” said Roma.

The Convention on the fight against cartels

“Right now we’re on two tracks: the first is the instruments of international cooperation, the second is a document of a more serious and hard – international Convention for the suppression of the cartels, which will be obligatory for execution”, – said the Deputy head of the FAS.

He added that the adoption by the UN of such a Convention is a more lengthy process, however, the Russian Agency believes that “international cartels is evil” to be fought not through national bodies and together. “Almost all cartels are transnational, with the exception of the shtetl. All the really big cartels are international, involving companies from all continents,” said Tsyganov.

Thus, according to him, there is a problem with the fact that some of the country struggling with cartels on its territory, but allow so-called “export cartels”. “But we live in one world, and if you allow companies to agree with each other (on cartels – approx. ed.) to people who live outside your country, it was bad, it is unacceptable”, – said the Deputy head of the FAS.