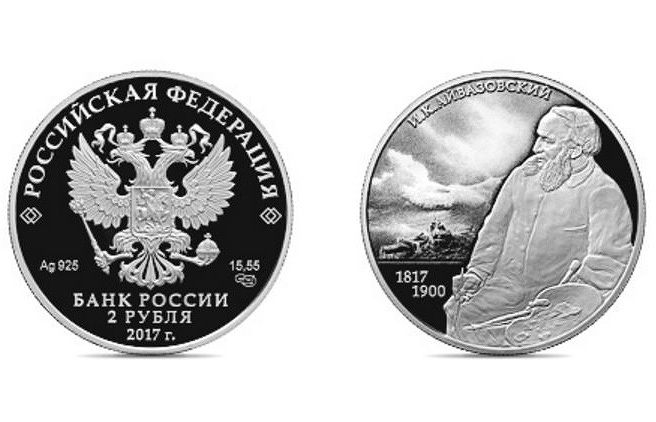 MOSCOW, 5 July. /TASS/. The Bank of Russia issued a commemorative coin in honor of the 200th birthday of the artist Ivan Konstantinovich Aivazovsky, who was born 29 July 1817. According to a press release from the Central Bank, on the flip side of the coin is a portrait of Aivazovsky on the background of a fragment of the painting “the Ninth wave”. The circulation coin will be 3 thousand pieces.

Earlier it was reported that the Bank of Russia on 4 July will be released into circulation commemorative coins dedicated to carrying out in Russia of world football Championship 2018.