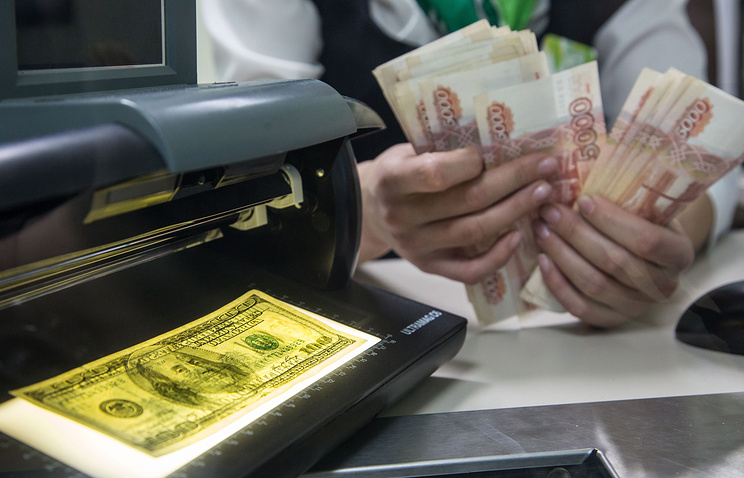 MOSCOW, 5 July. /TASS/. The Ministry of Finance of Russia in the period from 7 July to 4 August 2017 direct purchases of foreign currency 74.3 million rubles this is stated in the materials posted on the website of the Ministry.

Earlier (from June 7 to July 6) the Ministry of Finance daily have purchased currency the equivalent of 2.1 billion rubles.

According to the Finance Ministry, the positive deviation of oil and gas revenues of the Federal budget of the monthly assessment, the relevant Federal law on the Federal budget for the 2017-2019 biennium., in July 2017 is projected to be $ plus RUB 11.7 billion At the end of June, the comparable figure was 29.6 billion RUB compared to the forecast of the Ministry of Finance at the level of 41.2 billion RUB a deviation of the actually received oil and gas revenues by the end of June 2017 from the estimate made a month earlier, was negative 11.6 billion.

“The negative deviation is mainly due to the fact that the actual volume of export of oil and oil products in June was significantly lower than forecast estimates, calculated from the baseline scenario of socio – economic development of Russia, forms the basis of the Federal law on the Federal budget for 2017-2019”, – stated in the message of the Ministry of Finance.

The Bank of Russia on behalf of the Ministry of Finance will buy the currency on the auction of the Moscow exchange evenly throughout the trading day. Purchased foreign currency will be credited to accounts of Federal Treasury in the CBR.

As previously reported, the Federal Treasury can start purchasing the currency for the budgeted expenditures of the Ministry of Finance and additional income from oil exports from January 2018.