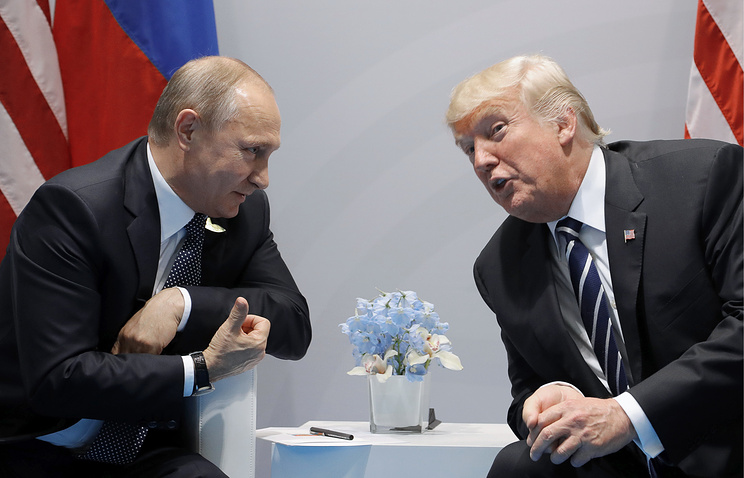 HAMBURG, July 7. /TASS/. The presidents of Russia and USA Vladimir Putin and Donald trump are meeting on the sidelines of the group of twenty summit.

The conversation takes place in the Congress center. For negotiations of heads of two States allocated room 14. The meeting began with a delay from the planned time.

In the meeting with the Russian side is represented by foreign Minister Sergei Lavrov, U.S. Secretary of state Rex Tillerson.

“Mr President, we spoke on the phone on very important issues on the bilateral agenda and the international agenda”, – Putin greeted Trump.

Trump said that their conversation with Putin “will be positive for both countries.” “I am very happy to meet with you, we have already discussed a number of issues. And I eagerly wait for such opportunities, it will be positive for Russia and the United States, and for all who are involved,” he said.

Putin and trump chose not to answer questions from the media during his bilateral meetings, despite the hype surrounding these negotiations.

Currently, the talks between the leaders are still going on. The meeting lasts more than an hour.