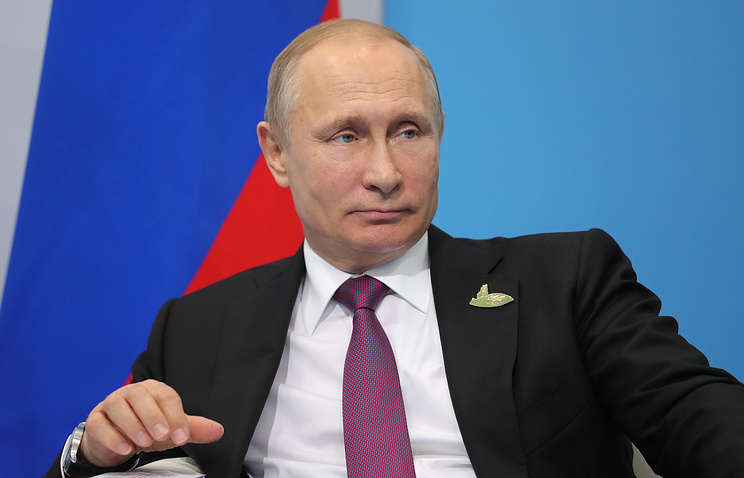 YEKATERINBURG, July 9. /TASS/. Enterprises of the military-industrial complex of the Russian Federation should increase the output of high-tech products for civilian use. This was stated by the President of Russia Vladimir Putin at the opening ceremony of the exhibition “Innoprom-2017”, referring to the development of the domestic industry.

According to him, one of the key tasks is “to increase the volume of high-tech civilian products by enterprises of the military-industrial complex”. “The Ministry of industry and trade is actively involved in these issues,” – said the head of state. He also noted that a large diversification of its products leads the state Corporation “rostec”.

He noted that on “Innoprom” is represented by Russian companies are actively introducing advanced technologies. “It is very important to see their actual effectiveness and practical results, such as improvement of working conditions, increase productivity, lower costs, modern management level and, ultimately, improving the competitiveness of domestic products, goods and services”, – said Putin.

The head of state stressed that the future belongs to those who seek to be contemporary in knowledge, profession, competences, and “who feels the challenges and demands of the time, able to perceive and implement a new who aims to be a leader in this industry”.

The President noted that in the framework of the National technology initiative in Russia are already implementing digital projects. “Now it is important to quickly develop, scale, create new markets, offer additional incentives for investments in high-tech industry and, of course, continue to create a comfortable environment for innovation at all levels – from Federal to municipal” – said Putin.

The Russian leader also noted that the experience of the exhibition “Иннопром2017” will help in Yekaterinburg the exhibition “Expo-2025”, in case the candidate city will be selected by the organizers.

“The initiative of Yekaterinburg was supported by the Russian government, and in may the town was included among the candidates to host the exhibition. Now we have also successfully pass the following qualifying stage. The experience of “Innoprom” will definitely help to hold the “Expo 2025″ at the highest level, if it is entrusted to our country,” Putin said.

The President said that he discussed with the acting Governor of the Sverdlovsk region, the issues related to the candidacy of Yekaterinburg to host the “Expo-2025”. “Evgeny (Kuyvashev) persistently, persuasively and systematically defends the participation in this project”, – Putin said.

According to Putin, “Innoprom” has earned a reputation for authoritative, influential and effective international platform. According to him, this year at the Innoprom Expo are 20 States and more than 600 major international companies.

June 14 was held in Paris the 161st General Assembly of the International exhibitions Bureau, which presented the applications of countries vying to host the world universal exhibition “Expo-2025”, including the application of Yekaterinburg, on the theme “Changing world: inclusive innovation is for our children and future generations.” In addition to Russia, “Expo 2025” is also claimed by France (Paris), Japan (Osaka) and Azerbaijan (Baku).