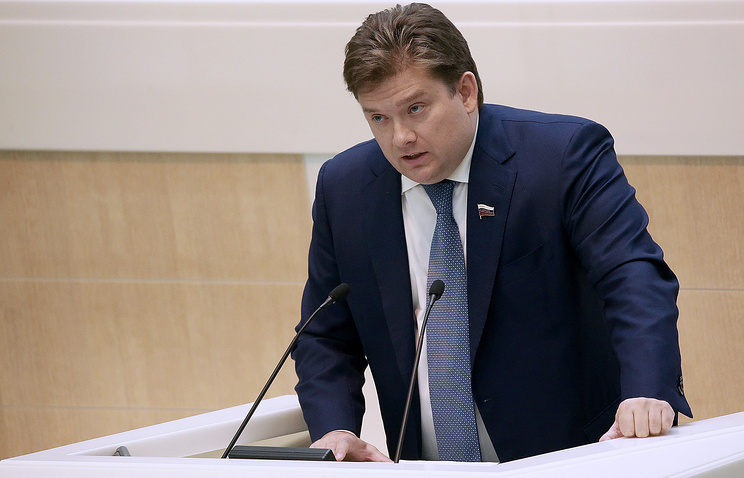 MINSK, 9 July. /TASS/. The Russian Federation considers it necessary to revise the mandate of the OSCE representative on freedom of the media given the current situation in the region. This was stated on Sunday a member of the Russian delegation in the OSCE parliamentary Assembly (OSCE PA), member of the Federation Council Nikolay Zhuravlev.

“Since come to the fore questions on the provision of full media freedom, we believe that the mandate of the OSCE representative needs to be revised and needs to be aligned with today’s realities”, – said Russian Senator.

Zhuravlev also urged his colleagues at the OSCE PA “a responsible approach to the selection of a new OSCE representative on freedom of the media”.

The Senator also said that a number of member States of the OSCE adopts restrictive measures against the Russian media, thereby violating the fundamental principles of freedom of speech.

“Subject to sanctions measures is precisely what the Russian media, and representatives of the higher echelons of power of some countries do not even try to hide such a discriminatory approach”, – said the Russian parliamentarian.

According to him, in the Baltic States recorded “numerous cases of deportation and prohibition of entry to Russian journalists, closed mediaprintablearea, create administrative barriers to effective work”, meet the national initiative “to tighten Internet regulation with a clear anti-Russian orientation”. “An example is the legislative initiative of the Verkhovna Rada of Ukraine, aimed not de-Russification of the information space”, – said the member of the Russian delegation. At the same time, he said, “crimes against journalists remain unpunished.”

Zhuravlev said that Russia is concerned by attempts to “fragment the information space in the OSCE region”. “Under the pretext of protecting national interests in some countries neglect the fundamental principles of freedom of the press, restricted journalists, intolerant accept an alternative position,” said the Russian Senator. He stressed that “Russia was and remains the position of maximum openness”. “We try to keep the legal balance of freedom of speech and responsibility for the accuracy of the facts”, – said the representative of the Russian delegation to the OSCE PA.