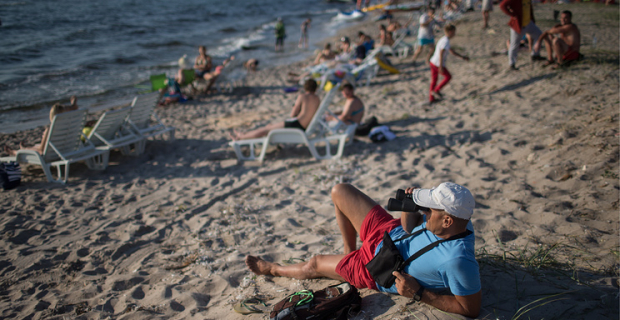 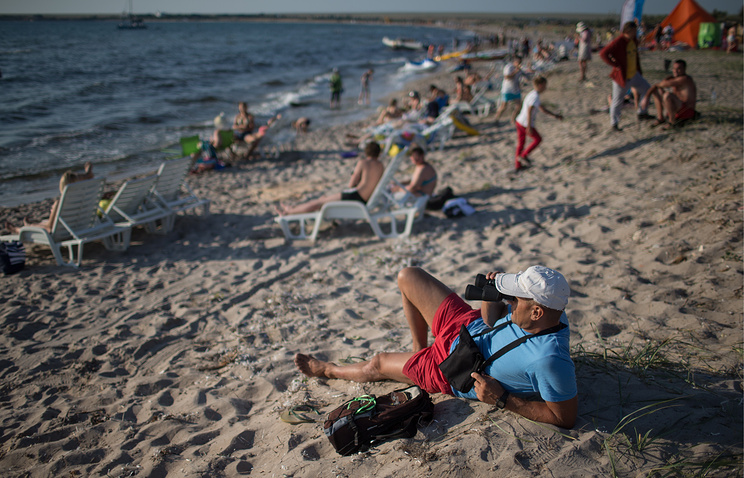 MOSCOW, July 10. /TASS/. Pilot regions in which the planned introduction of a resort fee, insist on its early adoption in order to restore order on the beaches, waterfronts, parks and path. Representatives of the regions and the state Duma consider that the entry into force of the law should be postponed until may 2018 to allow regions more thoroughly prepare for the launch of the mechanism of collection of payments from tourists.

The draft law “On conducting experiment on the development of a resort infrastructure in the Republic of Crimea, Altai Krai, Krasnodar Krai and Stavropol Krai” approved by the state Duma in the first reading on 23 June, and on Monday were discussed at parliamentary hearings in the state Duma. In the original draft of the law developed by the Ministry of the Russian Federation for the North Caucasus, the ultimate value fee is 100, but can be reduced at the discretion of the region.

Delay until the summer of 2018

The Chairman of the Duma Committee on budget and taxes Andrey Makarov, opening its report and proposals for amendments of the parliamentary hearings, said the need to change the timing of the launch mechanism of raising funds from tourists and to move it from January 2018 to may, although it was initially planned that the bill will be adopted before the end of the spring session and will come into force on 1 January 2018.

“We believe that it (a law imposing a resort fee – approx. TASS) is an important tool for creating an infrastructure for quality receipt of services of sanatorium”, – he said, stressing that the resort fee could be a source of formation of a modern quality infrastructure.

The Governor of Stavropol territory, in which there are resorts of Caucasian Mineral Waters region, Vladimir Vladimirov did not insist on the postponement of the introduction of the law, but pointed out that the bill will help to develop tourism and help to bring them into proper form.

“You can not enter the [resort fee]. But then who is responsible for the fact that we have the infrastructure go down? She already flies, we can’t compete (with the resorts of Europe – approx. TASS) their facades, flower gardens, cleaning,” – said the Governor.

According to him, today, own revenues of budgets of cities-resorts not exceed 15-20%. “For example the city of Kislovodsk: 1.8 billion total budget. He has his own income more than 300 million rubles, and it come to four times more people (than reside in it – approx. TASS),” – said the Governor, noting that the introduction of a daily fee for tourists would contribute to the development of the city and would help to solve many problems.

Representatives of the Crimea on the territory of which it is planned to introduce the collection, no longer worried about the timing, and the lack of funds needed to update Park infrastructure, “which is still from grandparents to me.” “Today, we are extremely short of the money, given the legacy that we have inherited: I was in Kislovodsk, and Essentuki – believe me, it is impossible to compare. We just Park of the Soviet period”, – said the head of the city administration of Yalta Andrew Filonov.

He said that last year Ukraine received not less than 740 thousand tourists, while the city’s population of 128 thousand people.

From 740 thousand tourists only 170 thousand organized tourists in sanatoriums and resorts of the city. “We were in favour of the law called “resort travel”, because, of course, is a tourist fee”, – said the head of the administration.

The head of the black sea city-resort of Gelendzhik Victor Christin drew attention to the “natural beaches” and their status and expressed hope that the funds received from tourists through the resort collection, will enable the coastal strip to its normal condition.

“Resort fee would allow us to solve many problems. In the first place – is the beach area – we have on-site 54 the beach and only 10 – municipal, but a lot of unauthorized beach areas, which the municipality budget does not provide funds, ” he said, noting that a resort fee can help Gelendzhik to solve the problem of abandoned drainage, deterioration of water supply system and contribute to the improvement of roads.