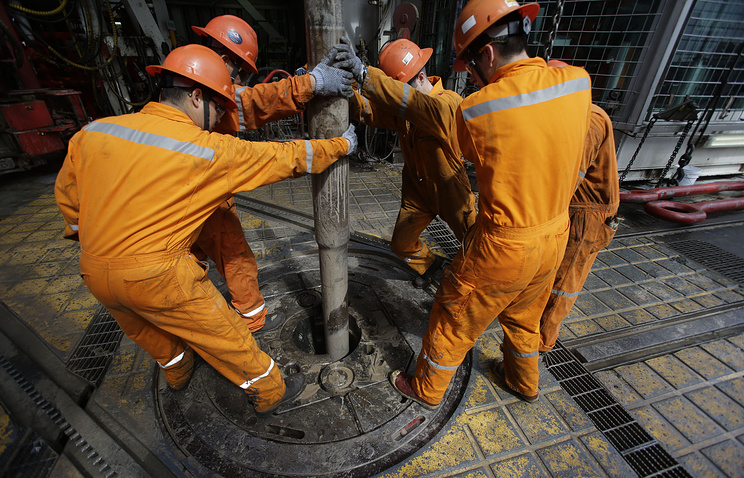 NEW YORK, July 11. /TASS/. The pending congressional bill to increase sanctions pressure on Russia if approved, will significantly damage American oil and gas companies and will help their competitors from Russia and China. This is stated in the article the Wall Street Journal (WSJ).

The problem lies in the provision of the draft law on the expansion of the list of restrictions on the interaction between American and Russian companies, writes the WSJ.

“U.S. companies are already prohibited to invest and provide Advisory services during implementation of oil and gas projects in Russia. However, the bill (if approved – approx. TASS) will forbid them to participate in any project involving sanctioned Russian firms. In practice, it is able to cut off U.S. companies from the largest projects to develop deepwater fields and thus play into the hands of Russia and China”, – the newspaper writes.

She cites the example of a field that is divided into units provided in the development to different companies. The authorities of the country in whose territory the mine will require from the participants of the project to create a joint infrastructure in order optimal exploitation of reserves of raw materials. The appearance among the developers of the Russian companies listed in the US sanctions list, will automatically exclude the participation of American firms.

Contrarie against the United States

According to the newspaper, the Russian business will be able to exploit the bill under consideration in the U.S. Congress. It will be enough to purposefully apply for the right to participate in the development of a Deposit. American competitors will have to withdraw their applications and give their rivals from Europe and China, which are not bound by similar restrictions.

The publication presents the evaluation of the Vice President of the U.S. National foreign trade Council in new York, Richard Savai’i. He believes that one particular provision of the bill would deprive U.S. companies rights to develop oil and gas fields at about $100 billion over 10 years.

In mid-June, the Senate passed a bill to increase pressure on Iran, which includes correction of the significant strengthening and expansion of the sanctions regime against Russia.

The bill, in particular, provides for the consolidation on the legislative level of sanctions imposed in previous years on the basis of Executive decrees of the President of the United States Barack Obama in connection with the situation in the South-East of Ukraine and the reunification of the Crimea with Russia. The proposed amendment will also affect the restrictions that Obama has used at the end of 2016 in respect of Russian citizens suspected by Washington of cyber attacks on American political institutions. If the bill eventually is passed by the House of representatives and signed by the President, specifically those sanctions can be lifted only by making another law, the U.S. administration on their own it can not do.