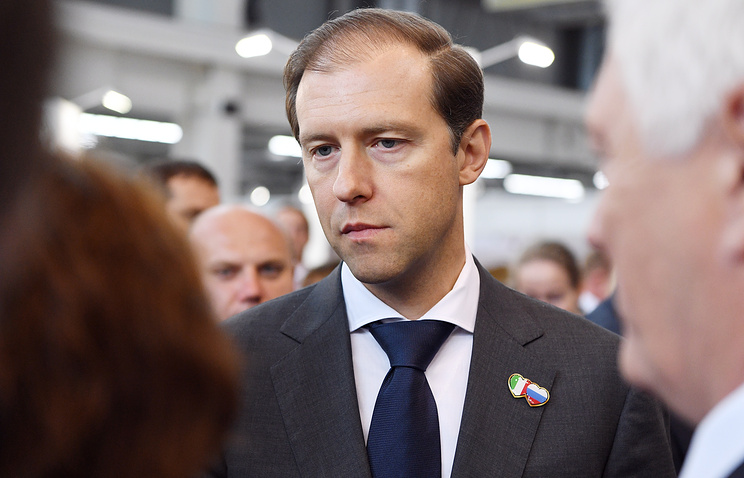 YEKATERINBURG, July 11. /TASS/. Simferopol and Sevastopol thermal power plant (TPP) will be equipped with turbines produced in Russia, told journalists the Minister of industry and trade of Russia Denis Manturov on the sidelines of the international industrial exhibition “Innoprom-2017”.

“Used Russian technology, and we assured his Western colleagues that this turbine will be manufactured in Russia. Yes, using elements of foreign production, but it will be a Russian certificate and the Russian turbine”, – said the Minister.

Reuters, citing sources, reported earlier that Russia has set in Crimea German Siemens turbine, despite EU sanctions. One of the contractors engaged in the installation of turbines, called the company “Interavtomatika”, in which Siemens owns 46%.

TASS has not yet been available for comment in the “Interavtomatika” and Siemens whether “Interavtomatika” accepted the proposal on participation in construction of thermal power plants in Crimea and what the consequences for Siemens this can result in terms of sanctions. The energy Ministry also did not comment on this question.

However, in response, the state Corporation “rostec”, subsidiary company “Technopromexport” – builds thermal power plant in Crimea, said that four sets of turbines for the stations were purchased on the secondary market. It does not specify who is the manufacturer of the turbines.

In the Russian office of Siemens first denied the fact of delivery of the turbines on the Peninsula, but later stated that at least two of the four turbines, destined for a thermal power plant in Taman, was still moved to the Crimea. In the end, Siemens filed a lawsuit against “Technopromexport” due to the use of gas turbines in the Crimea. Siemens stressed that insists that the turbine was returned to the original point of delivery – in the Taman.

As stated by Russian energy Minister Alexander Novak, review Siemens turbines will not affect the commissioning of the TPP is the first power plant units will be introduced in the first quarter of 2018.

Technopromexport is building two gas-fired power plants with a capacity of 470 MW in Sevastopol and Simferopol. The commissioning of the first units of the plant to 470 MW was planned in September 2017, however, was postponed until the beginning of 2018.

While Chemezov did not exclude that from-for delays in the supply of turbines, the construction of the stations may be completed only in mid-2018.