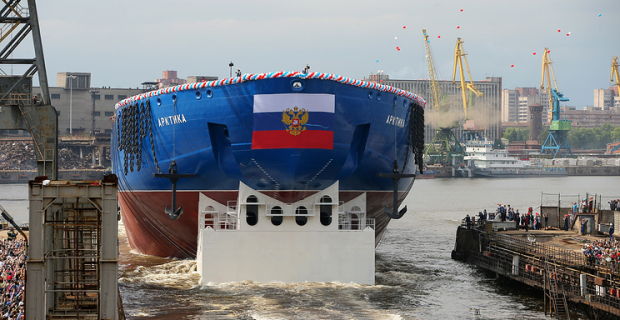 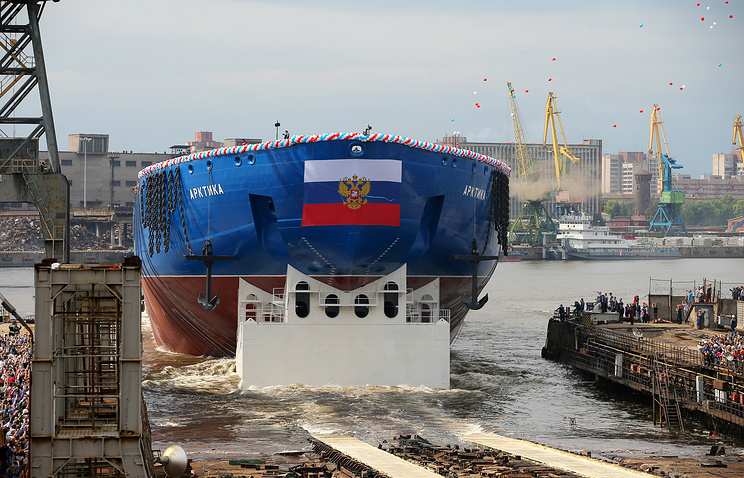 MOSCOW, July 12. /TASS/. “United shipbuilding company” (USC) asked to postpone the commissioning of the new icebreaker “Arktika” from 2017 at a later date. But it will not lead to problems for the transaction of goods “Atomflot” on the Northern sea route. This was reported by TASS in the Department of communications of Rosatom.

“We were aware of the request to the USC to postpone the commissioning of the new icebreaker in may. This decision will not lead to problems to perform the tasks of “Atomflot” for the wiring of ships along the Northern sea route” – said TASS in the Department.

The period for which the OSC requests the government to postpone the commissioning of the icebreaker, Rosatom said.

Previously, “Kommersant” with reference to sources wrote that after the failure of terms of delivery of the icebreaker “Arktika” in 2017, it was decided to postpone entering sparagna for 2019. The decision, according to the newspaper, was made by Russian President Vladimir Putin. He also instructed to take “personnel and organizational decisions” in connection with failure of terms of input spacagna.

Objective reasons for the backlog

At USC TASS reported that the reasons for the failure of technology timing of construction of the icebreaker became both objective and subjective aspects. The objective of the RSC include “acute personnel shortage in the industry,” the loss of competencies gained in the years of the Soviet Union, in the implementation of such projects, the need to alter technical design and working design documentation in connection with a new choice of suppliers and equipment, and development work in connection with the substitution of imported components for domestic.

“First and foremost we are talking about steam turbine plants (manufacturer – “Kirovenergomash”) and the system of electric propulsion systems (designer and manufacturer – “Krylovskiy state scientific center”). These “links” were key reasons for the shift in the timing of the construction of a head vessel of project 22220,” said OSK, noting that between producers was not a proper level of cooperation.

“USC proactively investigated and initiated appropriate treatment in the Russian government and General Prosecutor’s office, the results of which were filed administrative and criminal cases. The results of these measures can be passed the relevant decisions of the personnel and organizational-administrative character,” added the company.

The OSK noted that a series of management measures allowed to reduce the time lag of the input of the icebreaker “Arktika”.

“The most important thing is to minimize the time delays. To this end, the USC and the BAS (“Baltic plant”, the shipyards which built icebreaker – approx. TASS) has already taken the necessary organizational and technological measures, which allowed to squeeze the gap up to one year, despite the fact that suppliers of key equipment has actually provoked a two-year backlog,” said OSK.

Head nuclear-powered icebreaker “Arktika” project 22220 was laid at Baltiysky Zavod in November 2013. The cost of this project is estimated at 122 billion rubles.