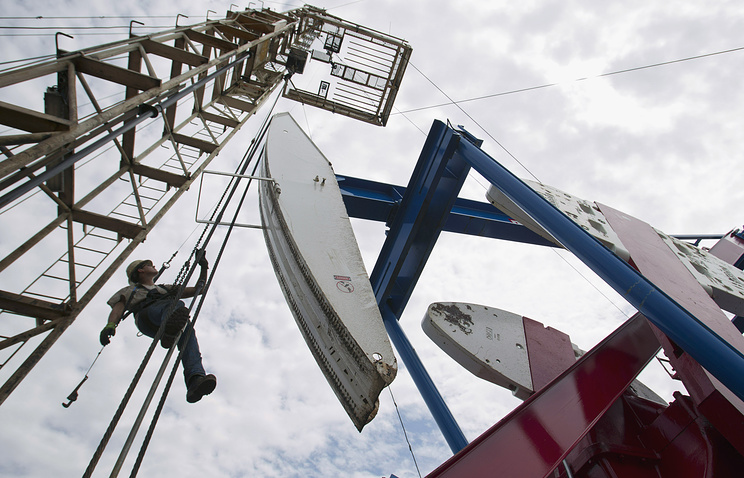 MOSCOW, July 13. /TASS/. The international energy Agency (IEA) raised its forecast for global oil demand in 2017 by 200 thousand barrels per day compared to the June forecast is up to 98 million barrels per day.

This is stated in the July report of the Agency.

While the IEA now expects global oil demand in 2017 will grow by 1.4 million barrels per day compared with the figure for 2016 Is 100 thousand barrels per day higher than the June forecast by the IEA.

The cost of the futures on Brent crude oil with delivery in September 2017 during today’s trading on the ICE exchange in London fell 0.8 percent to 47,36 dollars per barrel.

Due to the growth of production in these countries, the level of execution of the agreements with OPEC decreased from 95% in may to 78% in June, says the IEA.

Saudi production in June reached 10.05 million barrels per day, slightly lower than their target level of reduction 10.06 million, the report says. Thus, the level of implementation of the plan to reduce mining Kingdom in June amounted to 102% versus 129% in may.
The growth of oil production in Saudi Arabia due to a seasonal increase in domestic demand and increased supplies to foreign markets, says the IEA.

The report States that countries outside of OPEC, have entered into the agreement with the cartel to reduce output of oil, has improved the performance of the plan with 74 percent in may to 82% in June. So, Russia, which accounts for the largest quota reduction among countries outside of OPEC (300 thousand barrels per day), kept the production to 280 thousand barrels below the level of October. In absolute terms, the production amounted to 11,317 million barrels vs. 11,324 million barrels per day in may of this year. Basic level, which the IEA believes that Russian production is 11,597 million barrels (October 2016). Thus, Russia executes the plan according to the MEA by 93%.

The report also indicates that commercial oil stocks in developed countries by the end of may was $ 3,047 billion barrels, which is 6 million below the level of April. Exceeds the average for five years, the level of 266 million barrels versus 300 million in April. The most noticeable decrease in reserves occurred in Europe and Asia Pacific due to lower volumes of imports like oil and raw materials.

As previously reported, the parties to the agreement OPEC+ in their measures have a clear focus on the indicators of commercial oil reserves, which they seek to reduced to medium over the last five years levels. This goal they intended to achieve in the first quarter of 2018.