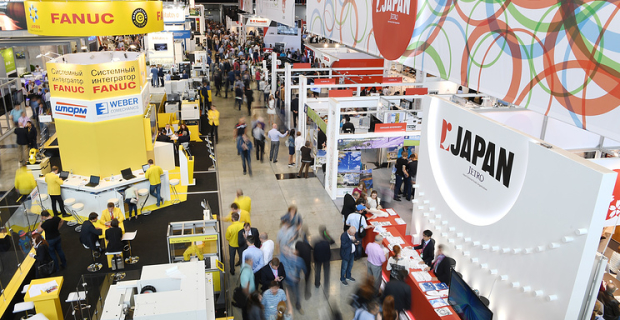 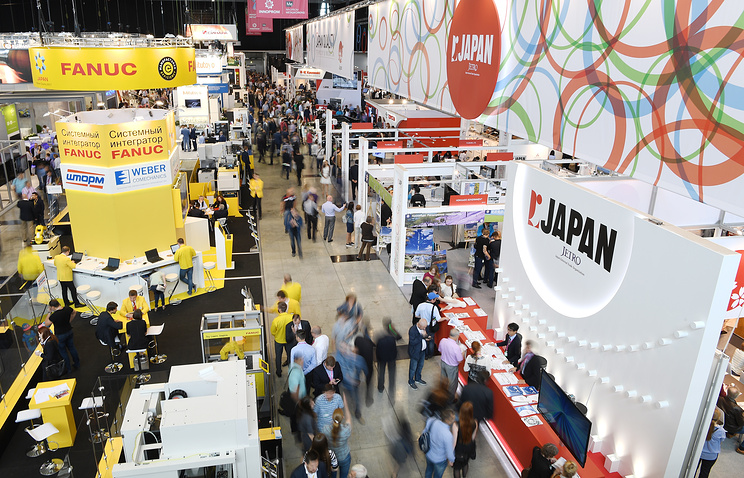 YEKATERINBURG, July 12. /TASS/. The Japanese company first presented at the international industrial exhibition “Innoprom-2017” such clever things as “intellectual” plumbing technology of construction of houses capable of withstanding earthquakes and mudslides, as well as simulators for training drivers to difficult driving conditions. Japan is a country-partner of “Innoprom-2017” – there are dozens of companies on the stand with a total area of 4 thousand square meters.

The developers hope that through the exhibition they will be able to promote to the Russian market the technologies that have already taken root in Japan.

Ride with the wind

One of the Japanese companies developing the programs of 3D modeling at “Innoprom” presented a simulator for training drivers to difficult driving conditions. It is a driver’s seat with this gear box, the brake and accelerator pedals and three monitors. The simulator has several modes: one teaches driving in tunnels, the second – on a wet road from a rain, and the third produces a concentration in terms of fatigue.

“Our simulator gearbox automatic, since mechanics are not in demand in Japan. There is an option to install the wheel with the right hand and on the left,” says a visitor employee Lyudmila Miyahara.

One of the visitors tried out their driving skills, “tapping the gas” in terms of the wet road, and because it broke the rules then lost control,”crashed” into the virtual truck.

“These simulators in Japan … was developed jointly with specialists of one of the research institutes of Nagoya city. We train drivers driving a car – simulated different situations. There are simulators for fans and… for professional drivers who want to learn how to manage trucks,” said Miyahara in conversation with the correspondent of TASS.

According to her, in the chair of the simulator built special sensors that immerse the driver of a virtual car in a state that he chose when loading the program on the simulator. For example, if you select the driving mode of the vehicle in a state of fatigue in the driver’s seat just a few minutes, due to the work of the special sensors built into it, you can feel the weight in the body.

“So gradually we hone the driving skills of the people in this state. We also simulated the situation what will happen if you sit behind the wheel drunk. Driving in this state one is unable to cope, thus, the simulator produces a sense of responsibility among drivers,” – said the Agency interlocutor.

Japanese developers also presented at the Innoprom exhibition program 3D simulation of the construction of buildings. With the help of a special program are given a variety of recommendations on how deep to excavate, to a perfect lighting of the building. This program also automatically selects the materials for the houses so they could survive during earthquakes or mudslides.

In house Japanese developers offer to install “smart” plumbing. For example, the bath itself can become hot if cold in the apartment that the man was comfortable to accept it. Also it is equipped with various additional sensors, from radio, to supply foam.

According to Japanese developers, most of these developments represent the first time at “Innoprom”. “We are very interested in the Russian market. We hope that our products will be in demand in it,” said Miyahara.

In addition to “smart” things at “Innoprom” was presented to the computer games of the future. For example, at the stand of Russian copper company installed the ring on which everyone could play with virtual clones of the leading boxers.

The unequal fight was called one of the residents of Yekaterinburg Pauline Lizunova. A girl wearing glasses, look more like a helmet, and gave her into the hands of the two joystick to control your hero in the virtual world. The fight was broadcast on the big screen. Despite the clumsy movement and light, as it seemed, blows, won the virtual character of the inhabitant of Ekaterinburg. “Unusual, a little dizzy head, but great. Want such a system in their home,” – shared with the correspondent. TASS impressions after the battle girl.

According to people’s artist of Russia, academician of the Russian Academy of arts Vitaly Volovich, great that “Innoprom” gives young people the opportunity to get acquainted with modern developments.

“But don’t forget spiritual food. So at “Innoprom” should be a place and a cultural program. Of course, exhibitions and concerts should not take place in the exhibition center “Ekaterinburg-Expo”, they should be held at the cultural venues in the city. In General, the exhibition made a good impression on me” – shared with the correspondent. TASS is an artist.

According to the organizers “Innopharm”, this year the exhibition has quite a rich cultural program. So, on Wednesday, the Japanese pianist Momo Kodama gave a concert together Tchaikovsky-orchestra – young musicians from ten countries who came to study in Ural summer orchestral Academy.

“Momo Kodama – the youngest winner of the prestigious International competition ARD in Munich. For her solo career, she tested the acoustics of the leading concert halls and has performed with famous orchestras under the management of legendary conductors Seiji Ozawa, Charles Dutoit, Kent Nagano”, – reported in the Sverdlovsk Philharmonic.

In “Yeltsin Centre” in the days of the exhibition have passed demonstration performances and training sessions of the art of fencing Kendo is the national system to strengthen the physical stamina and education of the human character. Kendo technique that is based on possession of a samurai sword katana.

“Arrived in the Urals on 25 strongest athletes in Kendo from universities in Japan Kokugakuin, Shinshu and Washinkai. Under the leadership of eight masters of Kendo, the oldest of whom is 79, they have demonstrated a mastery of the sword and body, then the head of the delegation, a University lecturer Kokugakuin, Professor Uehara, Cicio gave a lecture on the philosophy of Kendo”, – told the organizers.

On the third day of “Innoprom” started the international tournament on table tennis and was held a friendly match on mini-football between the representatives of business circles of Japan and Sverdlovsk region.

In the exhibition “Innoprom” was attended by over 600 companies, nearly 95 countries sent in Ekaterinburg representatives to develop industrial relations with Russian enterprises. For the first two days of “Innoprom” is already visited by nearly 45 million people.

International industrial exhibition “Innoprom” held in Yekaterinburg annually since 2010. In 2012, the government of Russia has assigned the exhibition Federal status. This year it takes place from 10 to 13 July.

The theme of “Innoprom-2017” – “Smart production”, partner country – Japan, organizer: the Ministry of industry and trade of the Russian Federation, the General media partner and the operator of the press centre of information Agency TASS. Next year the partner country of Innoprom will be the Republic of Korea.