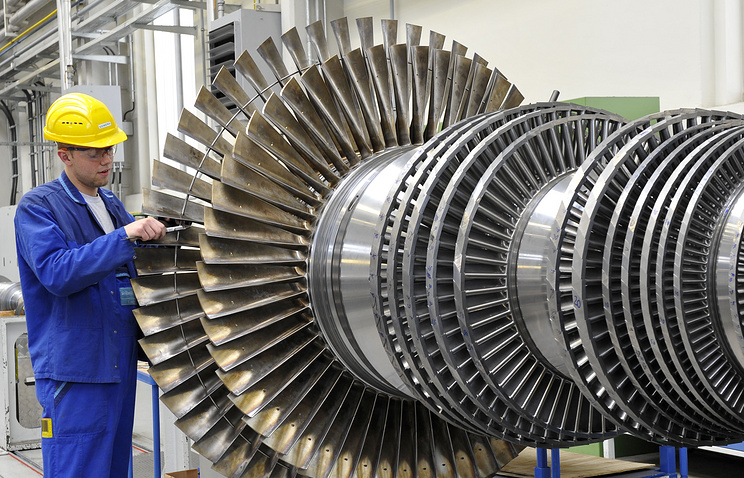 BERLIN, July 13. /Offset. TASS Anton Dolgunov/. German company Siemens has not confirmed the information of some mass media about the fact that the Crimean Peninsula was supplied two gas-turbine units. About it the correspondent of TASS on Thursday said a company spokesman Wolfram Trost.

“There remains our previous press release, we believe that on the Peninsula are two of our turbines. Speculation about the two turbines we do not comment,” he said.

Previously, the supply of new turbines, similar to those that Siemens produces, reported Reuters. Reporters of the Agency had allegedly been seen in the port of Feodosiya of a turbine of the same size and shape with those of the German company produces. Reporters noted that the turbines represented the four cylindrical forms several meters in length, covered with canvas.

On 11 July it became known that Siemens has filed a lawsuit against the company “Technopromexport” (TPE) for the supply of the Crimea gas turbine plants. The concern previously noted that on the Peninsula were displaced at least two of the four gas turbines that were set for the project in Taman.