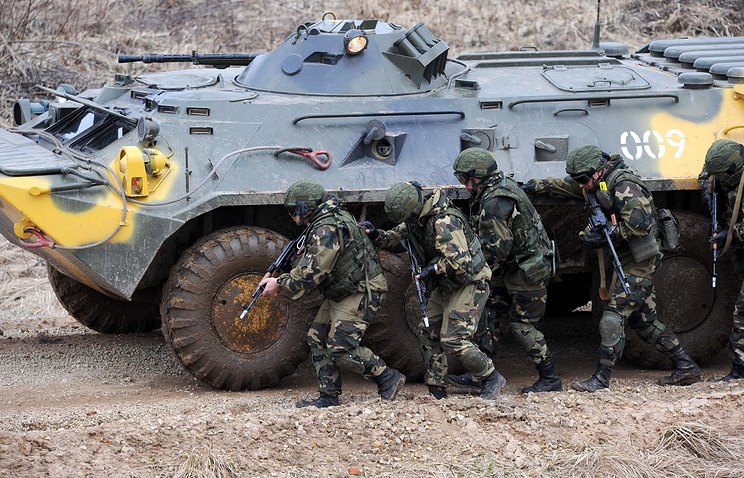 BRUSSELS, July 13. /TASS/ Russia and Belarus to invite military observers, NATO strategic doctrine “the West” in September. This was stated on Thursday, Russia’s permanent representative to NATO Alexander Grushko on results of session of Council Russia – the NATO (SRN).

“If the number of forces involved in the exercise will reach established by the Vienna document of the OSCE threshold, observers will be invited. If not, then no,” he said.

“Our idea is to invite the military to discuss all of the factors influencing the situation in the security field, including continuous deployment of new forces or deploy units on a rotational basis. We believe that without proper, systematic and business contacts between the military will be very difficult to understand what is happening, and to avoid misinterpretations of the situation,” – said the Russian permanent representative.

According to him, the increasing military presence of NATO in Eastern Europe undermines stability in the region and is part of the strategy for approximation of the military infrastructure of the Alliance towards Russia’s borders.

“Increasing military presence of NATO in Eastern Europe undermines stability in the region. While we acknowledge that we are talking about the implementation of the strategy for approximation of the military infrastructure of NATO to our borders,” he said.

“The military-political situation in Europe was seriously deteriorating, the pumping of NATO on the Eastern flank of weapons and equipment under absolutely far-fetched pretext of the Russian threat, he said. We stressed that these measures will seriously weaken regional security, they do not meet the real security needs, and we reiterated that in this situation Russia will not remain indifferent, and all measures to protect our interests, we will accept,” he said.

Over 40 thousand military will take part in dozens of exercises of NATO in Europe from June to November, which is part of a plan to strengthen the NATO military presence near the border with Russia, said Grushko.

“From June to November in Eastern Europe, NATO will hold more than 15 exercises and about the same in the black sea region. If you count the total number of participants, it will be more than 40 thousand people”, – he said.

“They’ll all be complementary and conducted in a single operational background, they are aimed at testing a wide range of tasks for deterrence. It is clear to us that these events provide not only the maintenance of enhanced military presence near the border with Russia, but is aimed at intense development of this potential theater of military operations, accompanied by intense development of military infrastructure there,” he said.

This meeting of the Council Russia – NATO at the level of ambassadors was the second since the beginning of this year. The first was held in Brussels on 30 March. Prior to the current crisis in relations between Russia and NATO, and the Alliance freeze all practical cooperation such meetings were held several times a month.